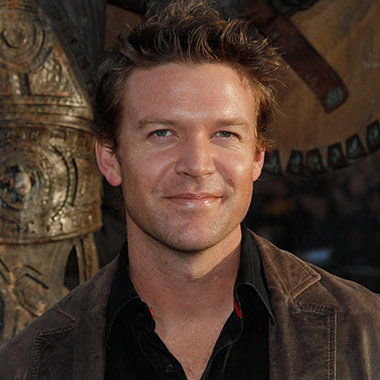 Matt Passmore is one of the versatile and talented actor  born in Australia. Matt Passmore has gained name and fame as an actor from his role in McLeod’s Daughters in between 2006 and 2009. His work in Blue Heelers also received wide appreciation and helped to uplift his acting career to next level. His first American television show, The Glades gave him popularity and he became famous in American audience as well.

Talking about his early life, Born on 24 December 1973, Matt Passmore was born and grew up in Wynnum-Manly, Brisbane Australia. There is not much information on how he spent his childhood days but most probably he completed his high school education from his hometown. Having interest in acting from early days, Passmore performed in various small stage shows during his school days. Later on, he decided to pursue a career in acting. Chasing his dream to become successful actor Passmore joined National Institute of Dramatic Art (NIDA) and graduated in 2001. His university study helped to flourish his acting and he became more confident.

“There is a 90% failure rate for most shows. It’s difficult for any show to write for the next season. “

In 2002, Matt Passmore was offered on a role children’s television series Plat School which was his first step in a professional acting career. In 2003, he made his appearance in Always Greener as DJ Pete ‘Dr. Love’ Jones; 6 episode role as Brad. He also made his brief appearance in Son of the Mask. In 2004 he got recurring roles in The Alice mini-series where he played the role of Jake on The Cooks. He appeared in the role in Cameron in Last Man Standing in 2005. In 2006, Passmore played the role of Greg in McLeod’s Daughters. In between 2006 and 2009, he returned to McLeod’s Daughters in the role of Marcus Alex’s half-brother. In 2008 he appeared on the role of private detective Reilly in the 2008 Australian Film noir short Noir Drive. In 2009, he played Warwick Mobbs on Underbelly: A Tale of Two Cities. On the same year, he traveled to Los Angeles and got a role on the work of Paul Scheuring, Prison Break creator.

Similarly, Matt Passmore has made an appearance on big budget films including Son of the Mask (as the Network Executive), Noir Drive (as Reilly) and Come Back to Me (as Josh). His television works include Tuck and Cover (as Pete), Blue Heelers (as Brad Fingleton), The Cooks ( as Jake), The Alice( as Tom), The Glades (as Jim Longworth) and much more.

Digging his personal life, Matt Passmore has been linked up with two women in his life. His first girlfriend was Jacqui Passmore, with whom he tied a knot in 1998. But the couple could not live together happily for a long time and their relationship ended up with divorce in 2006). Recently, he tied a knot with his second girlfriend Natalia Cigliuti on 3 January 2016. There is no any information where the couple is currently living. Passmore stands tall with a height of 6’2’’and he has made net worth of $5million through his career.