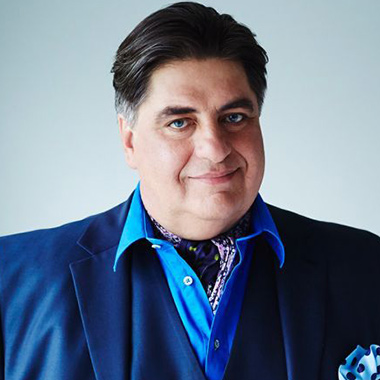 Matt Preston is an English-Australian food journalist, writer, and television personality. He is mainly known as a judge on MasterChef Australia. He is also the author of three best-selling cookbooks.

Matt Preston born on 2 July 1961 in London, England, United Kingdom. He is the son of Antony Preston. Antony is a well-respected British Naval journalist. He attended the Worth School in Sussex. He also studied at the University of Kent and graduated from there with a BA Hons in Government and Politics. In late 1970, he became a punk musician and a DJ. He is a diehard fan of Chelsea FC and Melbourne Victory

For a certain time, Preston worked at City Limits and IPC Magazines. In October 1993 she relocated to Australia. He also worked for IPC Magazines as their TV correspondent who writes about Neighbours and Home & Away for TVTimes, Woman’s Own and What’s on TV. He also wrote for a number of Australian trade publications owned by Supermarket News and Counterpoint, IPC’s parent company and Reed Business Publishing including Encore. She then started writing for Melbourne magazine, Inside Melbourne in 1966. He works as a regular food correspondent for several publications which includes Taste, The Courier-Mail, The Daily Telegraph, MasterChef Magazine, The Guardian newspaper and Time Out. Between 2000 and 2009 he worked as a weekly contributor to Epicure. He worked there writing a weekly review of a café or restaurant.

Preston has also written a weekly column in The Age’s A2. He also worked at Vogue Entertaining & Travel as a senior editor. He also appeared on Australian radio. He is famous as the judge as well as a co-host on MasterChef Australia. He also works as a regular food correspondent in several publications which includes The Courier-Mail, Daily Telegraph, the Herald Sun, Adelaide Advertiser and Taste. He works at delicious. Magazine as a senior editor and at taste.com.au magazine as a columnist.

In 2013, Preston hosted MasterChef Australia: The Professionals with Macro Pierre White. On January 20, 2013, the show was premiered. The show was awarded AACTA for Best Reality Show. He has appeared in numerous TV shows which includes Good News Week, The Living Room, Rove Live, The Project, The Circle and Studio 10. He also appeared on ADBC and The Blue List, The Today Show and Postcards and This Week Live.

As of November 2016, Matt Preston’s net worth is estimated to be $5 million dollars.