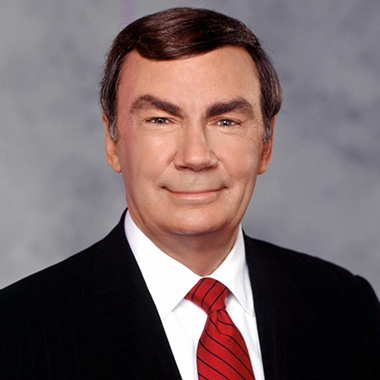 Sam Donaldson is an American news anchor and reporter. He has served with ABC News from 1967. He is mainly known as the network’s White House Correspondent.

Sam was born on March 11, 1934, in El Paso, Texas, United States. He was born to a school teacher, Chloe and a farmer, Samuel Donaldson. He studied at New Mexico Military Institute. He also attended Texas Western College and served the campus radio station, KTEP as a station manager. Achieving the rank of Captain, he served in the United States Army as an artillery officer from 1956 to 1959. Following military service, he worked for KRLD-TV, later for CBS television affiliate in Dallas, Texas. In February 1961 he was hired by WTOP-TV in Washington, D.C. While working there he covered the Medicare bill the next year, the Goldwater Presidential campaign in 1964 and the Senate debates on the civil rights bill in March 1964.

In October 1967, Donaldson was hired by ABC News as a Washington correspondent. He covered the two major party political conventions in 1968. He also covered the war in Vietnam in 1971. In 1973-74 he became ABC’s chief Watergate correspondent. He covered the House Judiciary Committee’s impeachment investigation of President Nixon, the trial of the Watergate burglars and the Senate Watergate hearings. In January 1977 he became the network’s White House Correspondent, covering Jimmy carter’s 1976 presidential campaign. He appeared on the television program This Week with David Brinkley as a panelist in 1981. In 1996, after Brinkley’s retirement, with Cokie Roberts he co-anchored This Week program. George Stephanopoulos replaced them both in September 2002. From 1979- August 1989 he anchored the ABC Sunday Evening News.

From 1989 to 1999, he worked with Diane Sawyer as the co-anchor of the magazine program Primetime Live. While working there he interviewed a Nazi Gestapo officer Erich Priebke who escaped to Argentina after World War II. He interviewed him on a street in Bariloche, Argentina. He also has covered the first Persian Gulf War in 1990-91. He was again assigned as the network’s White House Correspondent in January 1997. He served there until 1999. He also has covered every major political convention to the present. In 1985 he was voted as the Best white House Correspondent by readers of the Washington Journalism Review. By the readers of the same magazine, he was voted as Best television correspondent in 1986, 87, 88, and 89. He also has won Emmy Awards four times, Peabody’s three times. In 1997 he won Edward R. Murrow. He also won the Paul White award in 1998.