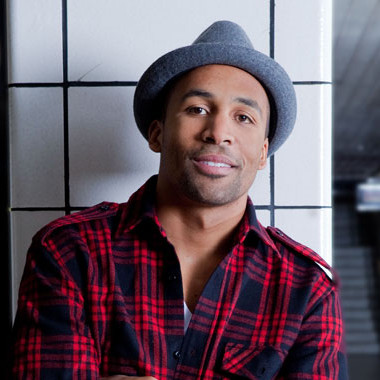 Matt Alexandros Babel best known by his on-screen name Matt Babel is a Canadian television personality. He is best to reckon as the host of various tv shows such as [email protected], MuchVibe, MuchOnDemand, FuseNews, and MuchTopTen.

Matt Babel was born on 13 October 1980 in Toronto, Canada. He did his academic at Wilfrid Laurier University and graduated with a Double Honors in Sociology and Communications. He also had a Minors in Business and Geography. Babel is also an athletic person, who has played both Varsity Basketball/Football, and managed to sneak off his final year to play professional football; which was held in Europe.

After University, Babel went on to pursue his television career at a Canadian cable specialty channel, MuchMusic. He worked as the Host of a Gemini-nominated show called “MOD” (Much On Demand) a live, national, prime time, daily tv show. MOD was nationally named as the home to A-list Celebrities. During his four-year stint on the show, Matte hosted an hour-long special with the likes of Gerard Bulter, Tom Cruise, Matthew McConaughey, Mark Wahlberg and J.J Abrams. Some of his musical guest stars include Mariah Carey, 50 cent, Usher, Pink, Jay-z, Justin Timberlake and much much more. Matte also hosted an array of Special Programs such as Exposed, [email protected], Live Earth, The MuchMusic Video Awards and My Date With….

Soon, Matte Babel managed to established as a Canadian pop-culture icon and was recruited to CP24, a Canadian 24 hour News Channel in 2009. During this time he contributed to the launch of CP24 Breakfast. Matte’s role later become larger and was named as a Reporter of the channel.

He then co-hosts Rick Kaplan’s production “FuseNews” in NY, a 30min daily national music news program with Jack Osbourne and Alexa Chung. During his tenure at FuseNews, he also served as the correspondent for Entertainment Tonight Canada (ETC), as well as a contributor to entertainment tonight (ET), TVOne and The Insider. The former of which he still serves as a correspondent.

Matte also hosts Canada Sings a national, prime-time competition show – where two teams compete in front of a live audience singing and dancing to win money for a charity of their choice. The show; which is currently on hiatus also had a judging panel of Vanilla Ice, Jan Arden, and Laurieann Gibson

OTHER VENTURES & HIS ACHIEVEMENTS

Matte also entered in various conferences as an expert panelist, including Canadian Music Week, The Urban Music Association of Canada (UMAC) and North by Northeast Music Festival and Conference (NXNE). As a member of the National Speakers Bureau, Matte is a spokesman on various issues pertaining to youth, education, generation gaps, new media, entertainment, pop culture, as well as an Advocate for Anti-Smoking Campaigns. He also joined Richard Branson as one of the authoritative voices behind the Flick-off Campaign.

Matte Babel also serves as the manager for a number of Major label recording artists.

Matte is a fashion-conscious guy who incorporates the latest trends into his own distinctive looks. He feels clothing and music can be compared. “You get a new shirt and you wear it constantly for a while until you find a new one. But when there’s a special occasion, you always have a couple of go-to jerseys. I think of my all-time favorite albums the same way.”

This Torontonian joined MuchMusic World Headquarters in 2004 and convinced the station’s top dogs he was VJ-worthy. In 2006, Matte was named one of Toronto’s most eligible bachelors by the National Post.

Standing 6 feet 2 inches, Matte is recently reported to be dating actress Shay Mitchell. The couple met through a mutual friend in Los Angeles. He and his girlfriend, who is also a Canadian root were found together at rapper Drake’s 30th Birthday party. In addition, Matte and Shay were found enjoying a vacation together in Tulum, Mexico in the fall of 2016. Rumor exist that the couple is soon to get engaged.