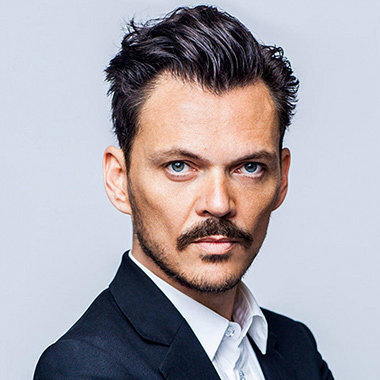 “I’m not doing this to be a star. It is great fun, but I am in it for the long-term. You have to have your head screwed on otherwise you get screwed over” said Mathew Williamson in an interview with a journalist at the beginning of his career.

Mathew Williamson is a famous name in the world of a fashion designer. Born on 23 October 1971, Mathew Williamson belongs to British Nationality. Born and raised in the city of Manchester, Mathew spent his childhood days in his hometown. Later on, he moved to London in 1994 at the age of 23. Mathew Williamson is considered as one of the creative fashion designers in Britain. His designs have got a place in the various platform in the world of fashion. Mathew Williamson worked for many celebrities and participated in various fashion show around the world. His creative designs have been appreciated by many well-known personalities and many fashion houses wanted him to work for them. He has shown his designing skills in Shoes, Sunglasses and dresses.

Williamson lived in Manchester and did his schooling in Loreto College until he was 17. To have a higher level of education he moved to London and joined Central Sain Martin’s College of Art and Design, where he graduated in fashion design in 1994. Williamson took a step in the fashion world in 1997, opening his eponymous house. On the same year, he got the opportunity to present his designs  at London Fashion week in ‘Electric Angels’. In 2002, Williamson’s designs were displayed in New York Fashion week, which is considered as one of the prestigious places to display designs. Eventually,He founded a fashion store in Mayfair, London in 2004. In 2005, Williamson put his hand in perfume range and launched own perfume range. On the same year, he was appointed as Creative Director for Emilio Pucci. His designs were used in some music video as well such as prince’s son “Chelsea Rodgers”.  In 2007, Design Museum at London hosted a show, Mathew Williamson- 10 years in fashion” honoring his contribution in fashion.

While talking about awards he has received in his career, Red carpet Designer is the first award he received  in 2008 at British Fashion Awards, where he was also nominated in three categories.  After working for various fashion house around the world, Williamson returned to London to work and expand his own venture. In 2010, Williamson coordinated with MBFG and signed licensing deal with them. During season 7 of Project Runway , Williamson made a guest appearance, which was aired in January 2010.

Diligent and Striking personality seems to have maintained his body Physique well. Despite having an eye-catching body , there is no any reports about his marital status, relationship, and past affairs. Many girls might have been attracted towards his attractive body but Williamson has not revealed the name of any girl in his life. Williamson who has been working in fashion design sector since 1994 seems to have made good money of his career. He has added assets of 6.9million pound and might have been enjoying a luxurious life. There is no any information about his body measurement, he might have a height of 6’0”. Currently, Williamson is associated with various fashion house around the world and he can be seen in the various fashion world that is happening various city.