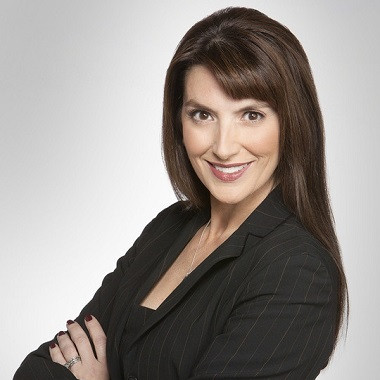 Maureen Maher is an American television News reporter and correspondent. She is currently serving as a  TV host of 48 Hours Mystery.

Maureen Maher was born in 1972 in the state of Michigan, Detroit. Her birth parents were high school seniors when her mother got pregnant. They were unable to provide for Maureen and subsequently gave her up for adoption.

At the age of 16, Maher started piecing her own story together and is still gathering details. She was raised in a strong Catholic household. She attended Catholic schools all of her life, she grew to resent before moving to Chicago. Her decision to attend Loyola, though, turned out to be the very thing to spark her devout faith again. She graduated from Loyola University with a Bachelor of Arts degree in communications in 1991.

She started her broadcasting career as a morning drive news anchor at WLUW-FM Chicago from 1991 to 1992. At the same years, she then returned to her roots in Detroit where she used to work as a reporter for Detroit-based TV station WJBK-TV and CBS-owned radio stationWWJ (AM) until 1995, where she was put in front of the camera for the first time.

Being a successful and talented reporter (1995-1997) Maher used to work as a morning anchor and reporter for WJRT-TV Flint, Mich, where she has covered the Oklahoma City bombing and the Decker farm raid.

From 1997 to 2002, Maher was a correspondent for CBS Newspath, the network’s 24-hour television newsgathering service for CBS stations and broadcasters around the world. While based in Chicago, Maher covered major stories across the United States, including the impeachment of Bill Clinton, the Kosovo crisis and the release of US servicemen in Albania. She joined CBS Newspath in 1997.

Before joining to 48 Hours

Later, she moved to Dallas and became a Dallas-based correspondent for CBS News from 1999 to 2002. She reported for CBS Evening News on the War on Terror, the fall of the Taliban in Afghanistan, the 2002 Kenyan hotel bombing, the Enron scandal and US natural disasters.

Maureen Maher is currently working as a correspondent for “48 Hours.” In 2003, she joined the cast of the CBS news magazine 48 Hours. Since being named to the “48 Hours” team, Maher has spearheaded investigations into international and national adoptions; anchored an in-depth report on the reasons behind a crime spike in Chicago, and examined and helped solve cold cases.

In 2016, Maher’s team was honored with News & Documentary Emmy Award for Outstanding Continuing Coverage of a News Story in a News Magazine; she was the correspondent. She belongs to Irish ethnicity and holds an American nationality. Maureen Maher height is 5 feet 4 inch. She is  active on social networking sites especially Twitter.

She often tweets about her work and shares her thoughts. Her fans and followers admired her very much because of her strong voice, personality and compassion. She is a happily married lady and mother of two children.She currently lives in Chicago, Illinois.