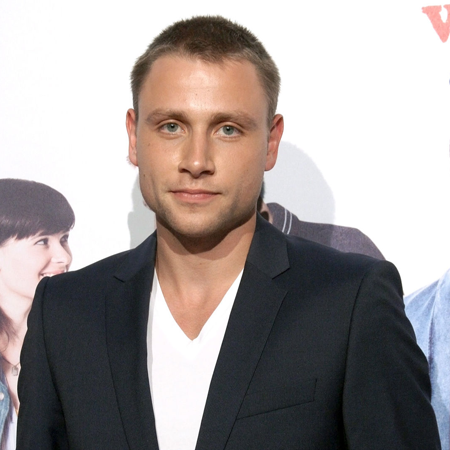 Max Riemelt is a German actor and director. He is famous for playing the role of Wolfgang Bogdanow in the TV series, Sense 8. Since 1997, Max Riemelt has featured in various films, short films, and television series, both in English and German.

Max Riemelt was born on 7th, January 1984 in Berlin, Germany. His parents Gunnar and Judith Riemelt are both graphic designers. He has a younger brother named Lukas Riemelt, who is an actor by profession.

Reimelt was interested in acting since school days, and he even used to participate in different plays in his school.

Max Riemelt made his acting debut in a German film, Eine Familie Zum Kussen with a small role in 1997. He then appeared in many other movies as well but did not get much of the popularity.

During his early career: BoyActors

Max Riemelt’s breakthrough role came in 2001 when he played the role of Flin in the Dennis Gansel‘s comedy movie, Madchen Madchen (Girls on Top). Moreover, Max Riemelt went on to reprise his role in the second part of the movie, Girls on Top 2.

In 2004, Max Riemelt appeared in the film, Before the Fall, where he played the role of Friedrich Weimer. Similarly, he starred in the movie, Free Fall in 2013.

Riemelt’s notable movies are The Wave, 13 Semester, Warsaw 44 and also his highest rated movies include Berlin Syndrome, and We are the Night.

With 8 days until #Christmas, relive the 8 most emotional moments from the @sense8 Christmas special. #Sense8ChristmasSpecial https://t.co/oKnheptXtk

Max Riemelt has kept his personal life secret. Though he has not confirmed yet, there are few rumors regarding his marriage and secret wife. Moreover, it was said that he also has a daughter with his wife. But, Max Riemelt never gave any hints about his marriage and family.

Apart from that, Max Riemelt kissed his co-star, Brian J. Smith in 2016’s Brazil festival which converted one of the hottest topics. The event pointed to rumors about him being gay.

Max Riemelt earns his attractive salary from his career as an actor. He has appeared in numerous Television films and series which are still active in this field. As of 2017, Max Riemelt’s net worth is estimated to be around $0.8 million.