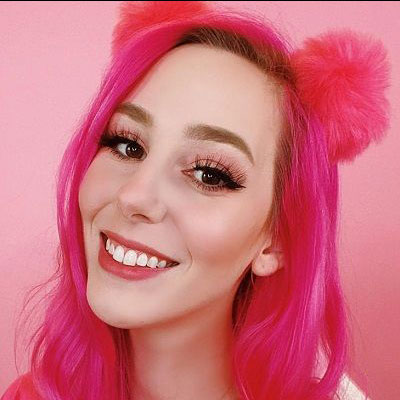 An American YouTuber as well as a Twitch gamer, Megan Leeds has gained a wide popularity for creating Let’s Play videos from Diablo to Minecraft. Leeds created her YouTube and Twitter account in June 2014. “PVP QUEEN! | (Mineplex Ep.2)” and “Who Is MeganPlays?” are some of her popular YouTube videos.

Megan Leeds was born on 17th March 1995, in Texas, United States. Leeds belongs to an American nationality and holds a white ethnicity. However, even being such a well-known personality, Leeds hasn’t revealed any information about her parents and siblings.

In 2014, Megan Leeds began her career as a YouTuber. She created her YouTube channel named “MeganPlays” on Jun 24, 2014. Furthermore, she also created her Twitter account on the same day and tweeted “Check out my new video! I’ve started the homeless sim challenge!”

Leeds gained a wide popularity for creating Let’s Play videos of games from Diablo to Minecraft. “PVP QUEEN! | (Mineplex Ep.2)”, “Creepy Carnival” and “Who Is MeganPlays?”  are some of her popular YouTube Videos. Furthermore, Leeds has also created videos in a collaboration with other popular YouTubers including Zach Latter.

Likewise, her other popular videos are How to Download & Install Custom Content for The Sims, Killing Daddy, Building a Mansion, and I’m Pregnant. Well, Leeds has successfully collected 240k subscribers and more than 17 million views on her YouTube.

One of the popular YouTubers, Megan Leeds has won the hearts of numerous fans from her incredible acting skills and gorgeous looks. And her fans are dying to know whether she is already married or dating someone.

Well, the 23 years old YouTuber Megan Leeds is not married yet. However, Leeds is in a romantic relationship with Zach Letter, a YouTuber as well as a Gamer. Leeds began dating Zach back in 2017 and are still spending their love life happily.

Both of them shares beautiful pictures of each other on their Instagram. Although the couple is still dating, they haven’t mentioned any plans of getting engaged or married. Besides this, Leeds wasn’t involved in any relationships before. However, Zach was previously married to fellow YouTuber, Haley Letter but they shortly got divorced.

Megan Leeds’s main source of income is through her YouTube channel. Being such a successful and popular YouTuber, Leeds earns thousands of dollars from her career as a YouTuber. However, her exact figure of net worth and salary are still under review.