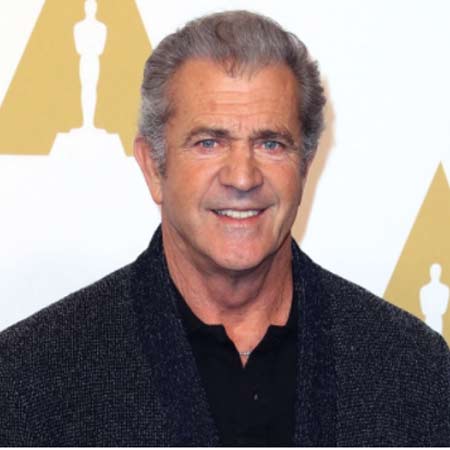 Two times Academy Award and AACTA Award winner, Mel Gibson is one of the Sexiest American-Australian actors who has spent entire life in the field of acting. He is best known for his heroic role in the movie series, Lethal Weapon and directing the Academy Award-winning movie, Braveheart. He has also directed Oscar-nominated biographical war drama movie, Hacksaw Ridge.

Born on 3rd January 1956, Mel Colmcille Gerard Gibson, better known as Mel Gibson is the sixth among eleven children of her parents Hutton Gibson and Anne Patricia. Though he was born in Peekskill, New York, he spent his childhood in the city of West Pymble, Sydney, Australia.

From the St. Leo’s Catholic College, Wahroonga, New South Wales, Mel completed his schooling. Following his higher-education, he decided to become a chief or journalist but ended up taking different career after his sister submitted an application on his behalf to the National Institute of Dramatic Art, in Sydney.

After completing graduation, Gibson joined the Southern Australian Theater Company where he got an opportunity to play the title role in classical production like Oedipus and Henry IV.

This 62-years-old versatile actor, Mel Gibson made his acting debut from the low-budget movie, Summer City in the year 1977, for which he was paid $400. Before this, he did a few screens acting as a student in Romeo and Juliet and A Midsummer Night’s Drama, in his college days.

In a very short period of time, Gibson made his appearance in the successful hit movie like Mad Max, an Australian dystopian action movie of George Miller, in 1979. It turned out to be the biggest success of his early career grossing more than $100 million throughout the world.

During the 1980’s, the sequel of Mad Max released with the name, Mad Max 2: The Road Warrior and The Mad Max Beyond Thunderdome helped to be an International star.

One after another, he gave a remarkable performance in the movies like Gallipoli, Attacks Force Z, The Year of Living Dangerously, The Bounty.

Mel Gibson acted in  Mark Rydell’s directed drama movie, The River, in 1984, where he starred alongside Sissy Spacek and Scott Glenn.

It took time to establish himself in the Hollywood town, but yes, he succeeded to hold the title ‘leading man’ in Hollywood with his brilliant acting in the American buddy cop action movie, Lethal Weapon, in 1987. There he starred alongside Danny Glover and Gary Busey.

It was successful at the box office and earned the overall collection of $120.2 million. Later, he also starred in the second, third and fourth installment of the movie sequel.

In the year 2000, Mel Gibson made his appearance in the three movies: Chicken Run, The Patriot and What Women Want, each of the movie grossed over $100 million. One of his highest grossed movies is considered to be M. Night Shyamalan’s directed science fiction horror movie, Signs.

Besides his protagonist role, he has played several recognized antagonist roles in the movies including Machete Kills and The Expendables 3 where Gibson was seen opposite to Sylvester Stallone in the year 2014.

Mel Gibson received his first award, Australian Film Institute Award in the year 1979 for his leading role in the movie, Tim and World War I based drama Gallipoli. Next, he has received 2 Academy Award for the movie, Braveheart and 2 AACTA Award for Hacksaw Ridge.

In the year 1985, he was listed the ‘Sexiest Man Alive’ by People magazine, World’s Most powerful celebrity by U.S. business magazine Forbes in 2004. Even he received an honored by Hasty Pudding Theatricals as a Man of the Year 1997 and Doctoral Recipient and Undergraduate Commencement Speaker at Loyola Marymount University too.

Well, Mel Gibson’s personal life has always been one of the controversial topics in the social media as he is currently dating his 27-year-old gorgeous girlfriend, Rosalind Ross, a writer. The beautiful couple began dating in 2014 and shares his ninth children, Lars Gerard Gibson, on 20th January 2017.

He has dated different celebrity in his lifetime. As per the sources, Gibson was in a relationship with Oksana Grigorieva, a Russian musician. Their relationship was confirmed after they were seen on the red carpet together. Together they also share a baby girl, Lucia Gibson.

Last but not the least, he kept dating Oksana Pochepa (a pop singer and model) and Violet Kowal (a fitness competitor, athlete, and model) in 2009 and Nadia Lanfranconi, an Italian actress in 2012 which couldn’t long last and broke-up.

Mel Gibson earns a good sum of money in his career and there is no doubt Mel Gibson lives a luxurious lifestyle with his girlfriend, Rosalind Ross. Besides this, he also shared many other entitled properties throughout the world. He has featured in numerous TV series and Movies through which he receives a huge sum of money as salary.

Allocating information from several sources as of 2018, it is found out that Mel Gibson current estimated net worth is around $425 million. He owns a house in Malibu which he bought in 2008. The price of the house is around $2.575 million in 2018. Not only this, he has got his own mansions, cars, jet and even private island in the Pacific too.