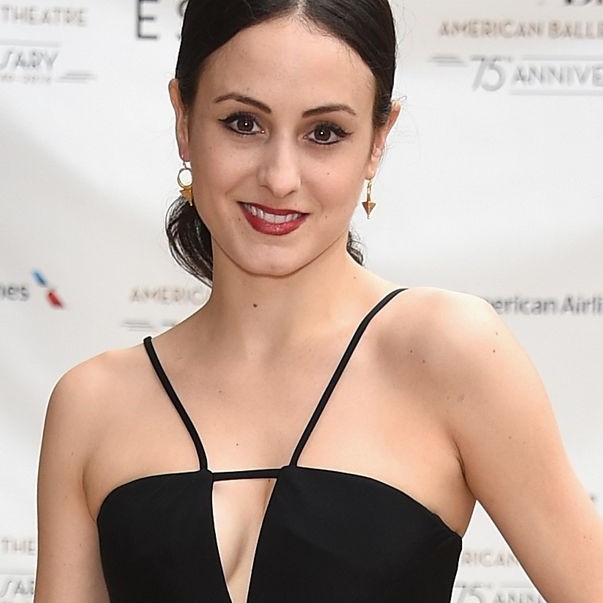 Melanie Hamrick is a ballerina dancer, widely recognized for her work with the ballet group American Ballet Theatre. She pulled the media after her relationship with the legendary singer Mick Jagger. She is a trained dancer and has traveled the world to perform on different shows and participate in the competitions.

Melanie Hamrick was born in 1987 in Williamsburg, Virginia. Her father, John Hamrick was an engineering Firm Director, who passed away in June 2015. Her mother’s name is Anne Hamrick. She has two younger siblings named, Chris Hamrick and Rachel Hamrick. Melanie began her ballet training at the Eastern Virginia School for the Performing Arts.

Hamrick began to involved in summer accelerated programs at the School of American Ballet for years. After that, she started to continue with the American Ballet Theatre under the teachers Adrienne Dallas, Nikolai Morozov, Mme. Morkovina and her central teacher Mme. Sizova. Hamrick joined the company as a member of the corps de ballet in April 2004 at the tender age of 17.

She recalls the experience as follows: “I had been sheltered in this boarding school for six years, dancing morning until night, and suddenly I was in New York City dancing for ABT,” Hamrick recalled. “I didn’t even have a debit card. I never even bought milk.”

Hamrick trains using the “Refined Method,” a particular program designed by Brynn Putnam, that helps dancers condition by using plyometrics and strengthening exercises. Of the grand lifestyle as a dancer, she says: “Our work environment is already intense. If you make your eating intense, it’s too much, unusually since you’re looking at your body all day in the mirrors.”

When she was 18, Melanie got her first dance contract in a “Balanchine ballet.” She formed one of the Nutcracker’s Sisters in Ratmansky’s The Nutcracker,’ the Sapphire Fairy in Ratmansky’s ‘The Sleeping Beauty’ and a role in AfterEffect. She performed her 11th season of Swan Lake at the Metropolitan Opera in May. Soon after, she linked with Jagger.

Hamrick was in a relationship with prolific classical Cuban dancer, Jose Manuel Carreno, who proposed her in May 2011. Hamrick detailed the romantic proposal on their’s wedding website, which is still live and open to the public.

Hamrick and Manuel Carreno’s wedding was planned to be on 15th March 2013, but the two called off their marriage in 2014. It is not entirely clear when the couple ended their relationship, but they are believed to have been together when he did an interview with SFgate.com and still at the end of February 2014. During an interview with SF.com in February, Carreno still mentioned her as his fiancee, although he admits that he had left her behind in New York.

Melanie Hamrick came to media attention after her dating rumors with Mick Jagger, legendary rocker. After months, she and her friends saw “The Rolling Stones” at a concert in Japan. She was welcomed backstage to meet the band, and that was possibly the first encounter between Mick and Mel with sources alleging they did not hook up that night, nor after that.

At the time, Mick Jagger was dedicated to his girlfriend, L’Wren Scott. After a few weeks later his longtime girlfriend, L’Wren Scott, committed suicide. Soon later, he was found with Melanie in a luxurious hotel balcony in Zurich on July 2014. She became pregnant with their child in 2016. However, they separated after they realized that their long distance relationships were not working.

Melanie and Jagger’s couple welcomed their first child named Deveraux Octavian Basil Jagger on 8th December 2016. They previously parted. However, they have an unofficial relationship, and they like to keep it quiet. Melanie prefers not to discuss her privacy on publicly. Mick has noted that he promises to help her and the baby and that he was shocked to learn that he has another child.

He also introduced her to his ­children, and they visited his private ­Caribbean island of Mustique. Melanie has no intentions to go to London from New York when the baby is born. But she can relocate to Los Angeles where he gives a lot of time or to Connecticut to be near her family.

Melanie has a successful career and has traveled the world to perform the dance with her group American Ballet Theatre. Jagger also bought her a Townhouse worth $7 million. She surely earns an attractive salary from her career however she has not mentioned her estimated net worth on social sites.

She holds an American nationality and belongs to white ethnicity. She has an alluring body measurement with the height of 5 feet and 6 inches.