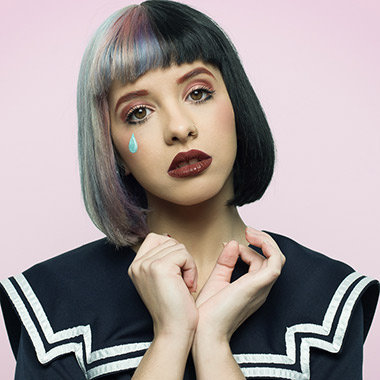 Melanie Martinez, a versatile American singer, and songwriter was born on April 28, 1995. She is best known for her singing in an American Television talent show “The Voice”. She was one of the participants of the show and was on the team of Adam in the third season. After competing in the show, on 22nd April 2014, Melanie released her first lead single “Dollhouse”. The single was a hit song and was ranked in good positions in the charts. She was born in Baldwin, New York, USA and her birth name is Melanie Adele Martinez.

BACKGROUND & HER RSIE TO FAME

Talking about her career, in the year 2012 Melanie Martinez participated in the vocal talent show of an American Television program “The Voice”. She was in the competition only in the third season of the program. In an audition, she performed the song “Toxic” by Britney Spears. Her audition was so damn good that all the three judges out of four of the show hit the “I Want You” button. The decision was left on her to choose the team and coach. The four judges were Adam Levine, Cee Lo Green , Christina Aguilera, and Blake Shelton. She chose to join the team of Adam Levine and wanted him to be her coach. After that, she continued to give the best performance that she could. She was one of the strongest contestants in the show. But unfortunately, after reaching the spot of Top 6 she got eliminated. After getting eliminated, she told that she had never dreamt of getting this far in the competition and it was beyond her dream.

After getting eliminated from the show, Melanie Martinez continued on singing. She was working on releasing her debut single and on April 22, 2014, she released her very first debut single “Dollhouse” with a music video. The video has more than 34 million views on YouTube.  After releasing the single, on April 7, 2014, Melanie announced that she has signed a contract with Atlantic Records and soon will be going on the tour. On August 14, 2015, she released her very first debut album “Cry Baby”. One of the single from the album was critically acclaimed. The single was “Pity Party” which was released on June 2, 2015. The music video of the song was released on March 13, 2016. People loved the song and her voice. The album was a success and the copies were sold out in large number.

Talking about her personal life, Melanie Martinez has managed to keep her personal life very low profile and secretive. There is no any news in the media or websites of her dating with someone or being in a relationship with anybody. Being a popular singer, she has won millions of hearts and has millions of fans and followers in her social accounts on social networking sites. She frequently keeps on uploading pictures and her recent activities in her facebook,Instagram and twitter accounts. This shows that she is very active in it. According to the sources, her net worth is estimated to be over $1 million.