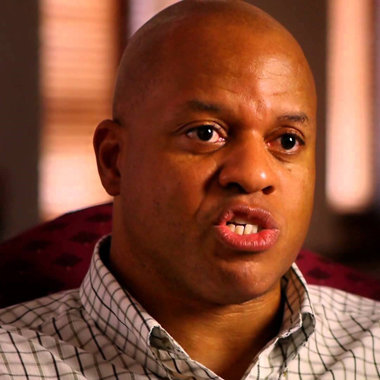 Freddie D. Coleman has made his identity as a nationally syndicated radio host and commentator who has been working for ESPN since 2004. He has been able create his image as one of the impressive host of ESPN Radio host with his commanding voice and depth knowledge on various sports. He can be seen hosting various tournaments of football, basketballs and hockey. He also has experience of working as the Color Analyst for Army Basketball and Hockey at the US Military Academy. He has also worked as a Color Analyst for Marist College Basketball in Poughkeepsie, New York. He also appeared in Cablevision’s Tv show SportScene as an On-Air Sportscaster in Wappingers Falls, New York. Freddie also holds memebership of the Football and Basketball Writers Association of America and he has also been associated with National Association of Black Journalists.

Taking about his early life, he was born on December 19, 1965 in Brooklyn, New York. He completed his high school education from one of the well known school of Brooklyn. After completing his high school he decided to pursue career in media which led him to join Mansfield University of Pennsylvania from where he earned Bachelor of Arts degree in Mass Communication. During his college days he played football for the Mountaineers of Mansfiled University and earned AII-PSAC honors in 1986 and became second wide receiver to earn such honors. He was also named as a Top 40 Receiver of United States during that time. Besides football, he also worked as sports editor on the Campus newspaper, The Flashlight. He was also associated with the campus radio station WNTE as it member.

In between March 1999 and September 2000, he worked as a sportscaster on Cablevision of Dutches County and also co-hosted the weekly SportsScene show. He was Color analyst for Marist Basketball from March 1999 to September 2000. He also worked as amanager of on-air staff and promotions creator for Oldies 97-WCZX-FM and served as overnight host at WPDH-FM 101.5.

Coleman started his career in ESPN as a co-host of the program GameNIght on June 26, 2004. After joining ESPN, he hosted shows that were carried by more than 350 affiliates nationwide. During his tenure in ESPN, he made his appearance on various ESPN televisions shows including First Take and Air Check and has given his voice on various ESPN shows.  Through his 12 years at ESPN, he has had pleasure of interviewing worldclass athletes. He has interviewed Kareen Abdul-Jabbar, Carmelo Anthony and Venus Williams.

Moving to his personally life, he is currently married and has one child. Besides his marital status there is no any information about his past affairs and relationships. The couple seems happy together and there is no any clue on when they are going to have their next child. Freddie stands tall with height of 6’1’’ and gigantic body figure. Freddie prefers to interact with his fans and followers through social networking sites and he is active in all social platforms.