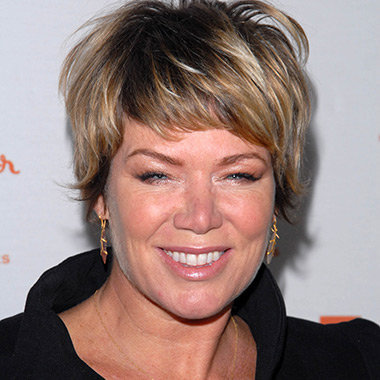 Mia Michaels is an award-winning American choreographer. Most of the people know her as a judge and as a contemporary choreographer on the show So You Think You Can Dance. She has worked with many musical artists such as Catherine Zeta-Jones, Prince, Celina Dion, Gloria Estefan, Madonna, Ricky Martin, Celine Dion and Tom Cruise.

Mia Michaels was born on February 23, 1966, in Coconut Grove, Florida, the United States to a family of dancers. Her father name is Joe Michaels. She started to learn jazz, tap, and ballet when she was three years old at the Miami Dance Center with her father. She also learned contemporary dance from her sister Dana Michaels. She also attended summer sessions at Interlochen Center for the Arts.

Mia Michaels work as a choreographer of Celine Dion’s “A New Day” which received stunning reviews. The show featured a cast of 50 dancers. She also choreographed Cirque du Soleil, Delirium’s first touring show which premiered in March 2006. She also worked with many recording artists such as Gloria Estefan, Prince, Madonna, Anna Vissi and Ricky Martin. She then became the judge and contributing choreographer of the TV show “So You Think You Can Dance”. For her choreography on a TV Series “Calling You” on SYTYCD, she won an Emmy Award. Her other work includes award-winning commercials for Mike’s Hard Lemonade, Zipper, Coldwell Banker and Bacardi.

On October 14, 2009, Mia Michaels thanked SYTYCD for her wonderful 5 years via her Twitter account. On October 15, 2009, the executive producer of SYTYCD, Nigel Lythgoe announced the departure of Mia. Lythgoe told that Mia was welcome to return to the show anytime during season 6. According to Mia, she left the show to participate as a choreographer for the Canadian, Australian and UK versions of SYTYCD. She also said that she was planning on her own choreography show, to work on a clothing line and also working on a book deal. She choreographed for SYTYCD Canada’s second season finale on October 25. On January 25, 2010, it was announced that she was returning to SYTYCD for season 7. On January 28, Mia confirmed herself via Twitter.

Mia Michaels appeared on the movie Move which was directed by Melinda Songer and Kurt E. Soderling. In the movie, she played herself along with Wade Robson, Tyce Diorio, Nigel Lythgoe and Paula Abdul. Since June 2006, she became a columnist for Movmnt magazine. Since 1977, she worked as a choreographer, founder and artistic director at a New York-based dance company Reality At Work (RAW). She also became a part as a choreographer to pay tribute to Michael Jackson at the 2009 MTV Video Music Awards. She also served as a regular judge on SYTYCD’s seventh season, but she left the show in November 2010 as she was unable to focus on other projects. She still choreographed for SYTYCD Canada. She choreographed SYTYCD’s ninth season for the Top 20 group performance.

As of 2016, Mia Michaels’ net worth is estimated to be $5 million dollars.