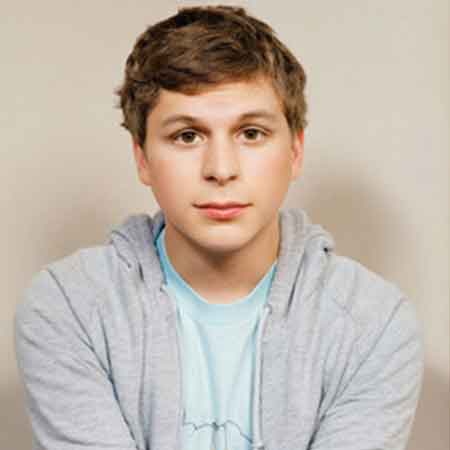 Michael Cera was born on 7th June 1988 in Brampton, Canada. He is the son of Linda Cera and Luigi Cera a technician and both worked for Xerox. Cera grew up along with his sisters Jordan Cera and Molly Cera.

At the age of three, Cera developed his interest in acting after he watched Ghostbusters repeatedly. Until grade nine, Cera attended three schools Conestoga Public School, Robert H. Lagerquist Senior Public School and Heart Lake Secondary School. However, he completed his school by online through grade 12.

During his childhood, Cera appeared in several unpaid commercials. Later in 1999, Cera made his acting debut through the series Twice in a Lifetime as Skateboarder #2. Since then he has appeared in numerous television series including,

Cera portrayed the role of George Michael Bluth in the series Arrested Development from 2003–2006. He further appeared in the series in 2013 and 2018.

Moreover, in 2000, Cera made his movie debut through  Frequency. After that, he has starred in numerous movies including,

In 2018, Cera starred as Alan in the movie Tyrel. Furthermore, his two movies Blazing Samurai and Gloria are set for post-production.

The 29 years old renowned actor Michael Cera is currently dating his long-term girlfriend Nadine. However, Cera has kept his love life a bit secret from the public. He hasn’t revealed more information about his girlfriend.

Well, Cera and Nadine were spotted kissing each other walking down in the street in Brooklyn in May of 2018. Moreover, the couple was also wearing gold bands on their wedding finger which created speculation that the couple is already married secretly.

However, it is yet to be confirmed as the couple hasn’t talked anything about it.  Besides this, Cera previously dated Charlyne Yi from 2006 to 2009. Moreover, Cera further dated Aubrey Plaza for a year from 2009-2010.

Michael Cera is living a lavish life. Since long Cera is still active in the field of acting and till date he has starred in numerous movies and television series. From his acting career, Cera earns a decent amount of money. He further adds money from his music career.

As of now, Cera has an estimated net worth of $20 million. Because of his low profile in the social media, it is hard to find out his lifestyle, house, and cars.