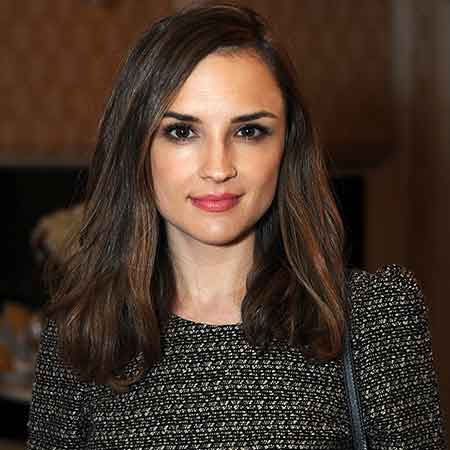 Rachael Leigh Cook is an American actress, model, voice artist, as well as a producer. She is known for her roles in movies including She’s All That and Josie and the Pussycats. Likewise, her notable television roles are Into the West and Perception.

Rachael Leigh Cook was born on 4th October 1979, in Minneapolis, Minnesota, United States. She is the daughter of a cooking instructor and weaver Jo Ann Cook and a social worker and former stand-up comedian, Thomas H. Cook. She grew up along with her brother Ben Cook.

Cook attended the Clara Barton Open School and Laurel Springs School. Likewise, she further attended Minneapolis South High School. At the age of seven, Cook appeared in public service announcement for foster care. And at the age of ten, she began working as a child print model.

At the age of 14, Rachael Leigh began auditioning for movie and gave her debut movie in 1995, The Baby-Sitters Club. Likewise, in the same yare, she further appeared in the movie, Tom and Huck as Becky Thatcher.

Furthermore, Cook made her television series debut in 1997 through Country Justice playing the lead role of Emma Baker. Her first acting breakthrough was as Laney Boggs in 1999 movie She’s All That.

Likewise, her next notable role was as Josie McCoy in 2001 movie, Josie and the Pussycats. Moreover, her popular television role is as Clara Wheeler in Into the West. From 2012 to 2015, Cook portrayed the role of Kate Moretti in the series, Perception. In 2018, Cook appeared in the series Frozen in Love as Mary Campbell.

The 38 years old, Cook is married to a Canadian-New Zealand actor Daniel Gillies. The couple began dating in 2001 and after dating for few years they decided to take their relationship to the next level. The duo shared their vows in August 2004.

Likewise, Cook was encountered with Brandon Jack James, Antonio Sabato Jr., and Colin Hanks. Similarly, she was also once rumored to be in a relationship with Christopher Masterson. Including them all, Cook had a total of 14 relationships.

Rachael Leigh Cook is living a lavish life with her husband and children. Cook has been active in the field of acting since long and till date, she has starred in numerous movies and television series. From her acting career, Cook has earned a good sum of money and her net worth is $5 million.