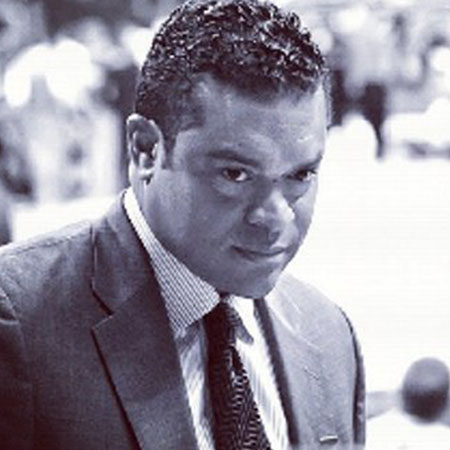 Michael Gordon Eaves, popularly known as Mike Eaves, has gained name and fame as a former ice hockey player and coach. Currently Eaves serves the Wisconsin Badgers Men’s Ice Hockey Team. Eaves spent his career as player from 1978 to 1985, when he appeared in 324 NHL regular seasons. After retiring from playing career, he started to coach and has served various teams such as Ohio state and the University of Windsor.

Born on June 10, 1956, Eaves belongs to American Nationality. He grew up in Ontario where he joined Nepean Raiders and started to play Junior hockey. From his childhood days Eaves got chance to observe hockey closely as his father was also hockey player and coach. Eaves grew up in a family where most of the member belongs to hockey. Eaves has two sons Patrick Eaves and Ben Eaves. Patrick currently plays from Dallas stars as a forward and Ben plays for SM-Liiga Jokerit as a forward. Similarly Eave’s brother is former NHL player Murray Eaves. Sometimes Eaves whole family can be seen in audience parfait during matches. Eaves family has contributed a lot more to take NHL to a different level.

“I didn’t say a word. The penalty-killers jumped up and they started talking about what they needed to do.”

Talking about his career, he started his career as an   Amateur from 1974, when he started to play for University of Wisconsin and played there till 1978. During his career at Badger he scored 267 points (94 goals, 173 assists) in 160 games and remains Badger’s all-time leading scorer. He also played for United States national team from 1976 to 1978 Ice Hockey World Championship tournaments. He signed for St. Louis in the 1976 NHL Entry and also played for the Minnesota North Stars in 1978.

Coming to his NHL career, Eaves started his professional career from 1977-1978 season after joining the CHL Oklahoma City Stars. He also played 3 games from the North Stars during that period. Later on he became NHL regular for 56 games. During his professional career, he had experience of playing for Minnesota in NHL for three seasons. In 1981 Canada Cup, Eaves represented Team USA and also played for flames from 1983 to 1985. Despite of being in a form, Eaves was forced to retire from playing career after head injury and started to serve as an assistant coach. As an assistant coach, he served various clubs such as St. Cloud state university, Philadelphia Flyers’,  Pittsburg Penguins. He served the University of Wisconsin- Eau Claire for one season as a head coach. He has also served his old college team Wisconsin Badgers. During his career he became head coach of the United States men’s national junior ice hockey team and helped them to win 2004 World Junior Ice Hockey Championships.