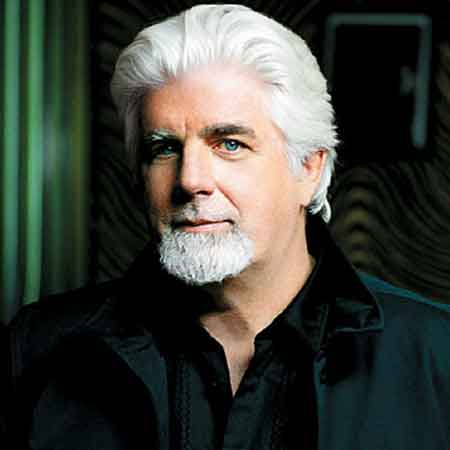 Michael McDonald is an American singer, songwriter, record producer and keyboardist who is best known for his collaborations with the Doobie Brothers and Steely Dan. Besides, he is also widely perceived for his smooth and falsetto vocals and piano performances.

Michael McDonald is a married man. He married to wife, Amy Holland who is an American pop rock singer, composer, songwriter, and musician. The husband and wife are blessed with two children, a son Dylan McDonald and daughter, Scarlett McDonald.

Michale McDonald was born on 12th February 1952, in St.Louis, Missouri, to an Irish-American Catholic family. He grew up with two sisters, Kathy and Maureen McDonald. Michael holds an American nationality and is of mixed descent.

McDonald attended at the McCluer High School where he started his music career. In the beginning, he worked with a local band Mike and the Majestics, the Reebtoors, the Sheratons and the Guild. However, he left all the bands and moved to Los Angeles to pursue a career in music.

Michael McDonald is a multi-talented personality who collaborated on several songs for Steely Dan during the 1970s. He joined The Doobie Brothers, where he was part of hit songs including Takin’ It to the Streets, Real Love, Little Darling, What a Fool Believes and It Keeps You Runnin. However, he later started on a solo career in the early 80s with his first album If That’s What It Takes.

McDonald recorded the song for the ending credits of “South Park: Bigger, Longer & Uncut” and has appeared on “30 Rock”. Besides, he is the recipient of five Grammys, as well as Best R&B Performance by a Duo or Group with Vocal for “Yah Mo B There”.

Throughout his career, he collaborated with several artists such as Jack Jones, Van Halen, Carly Simon, Patti LaBelle, and Bonnie Raitt. The diligent singer now aged 66 but still, he has not retired from his music career.

Michale McDonald married his girlfriend, Amy Holland in 1983 who is an American singer. They welcomed their first child, son Dylan in 1987 and a daughter Scarlett in 1991.

The couple has been married for almost more than 35 years and still, they share a healthy relationship. The pair has kept themselves away from the extra-affairs and neither there has been any news or rumors spread in the air.

In 1995, Michale’s wife Amy was diagnosed with cancer but after many years of therapy, she managed to keep her health condition good.

Michale McDonald has collected a tremendous sum of money from his music career. Allocating information from several sources as of 2018, it is found out that Michale McDonald has an estimated net worth of around $40 million. Despite being a multi-talented personality, he has not shared much information about his cars and lifestyles.