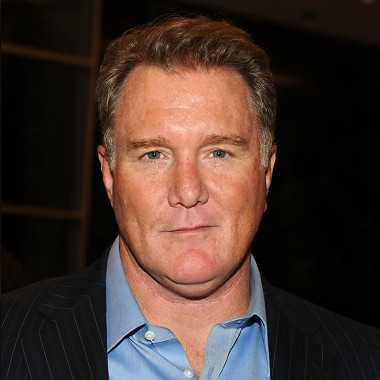 Michael McGrady is recognized globally as a versatile actor, painter, and even martial artist. He is an American multi-talented charming personality, who has influence over million people.  He is also a happily married man with wife Ikka McGrady and three children. He is successful as a painter and his art is even displayed in various galleries of United States.

Michael was born on 30th March 1960 as Michael Steven Mc Grady in the Pacific Northwest, Federal Way, Washington State. He checked in Federal Way High School and then studied Business Administration at the University of Washington. In the initial phase of his career, he wanted to become a lawyer but got the opportunity to work in a bank.

However, he shifted to California to pursue his long-life desire of being an actor. His sister supports him to take part in local acting school contest for a scholarship. Then after, he grabs the opportunity and decided to move forward in an acting career. Hence, Michael takes a break from school and shifted to Los Angeles in a1983, which became the initial step toward his success.

Michael was cast as a debut in Cherry Pepsi commercial. He appeared as supporting role in different studio films like The babe as a baseball legend; Diggstown as Frank Mangrum and other much more. He is best known as a character Detective Daniel” Sal” Salinger in the television series “Southland.”

He also secured a role in various television show such as 24, Murder she wrote, Leverage and Prison Break. Michael rose higher as his performance was notified and appreciated. His career upswing rapidly when he was offered and cast in popular films like Terrence Malik’s “The Thin Red Line “, Ulu’s Gross Bard’s Deep End of the Ocean, 5 Aces with Charlie seen, rage, “The Perfect Family” with Jason Ritter and Kathleen Turner and “The Frozen Ground” with Nicholas Cage and John Cusack.

Michael McGrady recently holds a role in event series, American Crime Story (The People Vs Oj Simpson) and Showtime’s Emmy-nominated series Ray Donovan. He is promoting new show ‘Beyond,’ where he starred as Tom Mathews. He lends his voice and likeness to Rockstar Games, period video game L.A Noire as Rusty Galloway. He added his appearance in the independent feature ‘Blue Potato’.

Besides acting, he is a passionate painter. He owns and runs McGrady Fine Art in Los Angeles where he features his art throughout the painting. His art is represented in different galleries across the country.

He is an extrovert and adventurous who loves surfing, sailing and riding his Harley over high mountains as well. In addition, he performs with his own Michael McGrady’s band Sonic Groove around Los Angeles.

Moreover, he possesses two black belts in different styles of karate. He is also actively engaged in coaching youth sport. He has highlighted himself in various field and is successful to introduce as an accomplished actor, painter, and sports coach in a martial art.

Michael McGrady has maintained his personal life very well. He is a family oriented person who currently resides in Southern California with his lovely wife along with their three children. One of his daughters is rising model and actress too. He and his wife Ilk McGrady operate McGrady fine art in Los Angeles as well. Michael had very supportive sister Sara who support to build up his career. 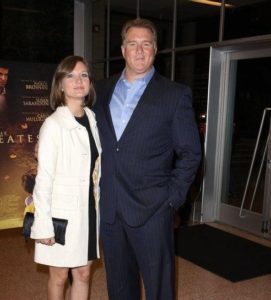 Michael McGrady and his wife Ilka in Premiere of ‘The Greatest” at the Linwood Dun Theatre in 2010. Source: Pinterest

Michael McGrady’s legit information about his net worth and earnings are still not specified. However, he is believed to earn a huge amount of money that sums up to be millions of net worth. His main flow of incomes is from his television series, films, theater, and art gallery.