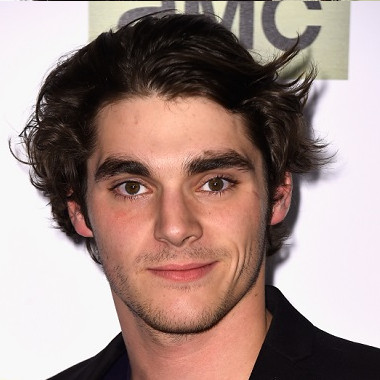 Screen Actors Guild Award-winning actor, producer, and model, RJ Mitte is known playing Walter “Flynn” White Jr. on the critically acclaimed AMC series “Breaking Bad” (2008– 2013). He has been diagnosed with cerebral palsy, like his character on the show. However, his real life condition is much milder; he had to learn to walk with crutches and slow down his speech for the role. Mitte, also made a big screen appearance in “Dixieland,” portraying the deceptive CJ, in his first non-handicapped leading role.

Roy Frank Mitte III was born on August 21, 1992, in Lafayette, Louisiana. During his birth, he did not breathe for several second, which damaged his brain on the permanent basis. After a few weeks later, he was adopted by Roy Frank Mitte Jr. and Dyna Mitte. At the age of three,
he was diagnosed with cerebral palsy and doctors set his legs in casts for 6 months in an attempt to straighten his feet. Mitte was provided with leg braces, however, his body grew stronger through sports and exercise and he no longer required any walking devices by the time he was a teenager. 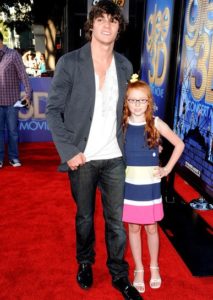 RJ Mitte and his Sister Lacianne Carriere at the Glee Premiere
Source: Tumblr

At the age of 14, he moved with his family to Los Angeles in 2006; where his younger sister, Lacianne Carriere received a minor role on a film project. After his parent’s separation, Mitte was raised by his mother. At the age of 13, he was financially capable for the family and remains stable and takes on various jobs to bring in an income.

“I grew up not being able to say “can’t” and “won’t”. As a child, I was taught that you can achieve and you can do anything you want. It’s a matter of choosing to do so – and not letting people fill you with fear and doubt”, RJ Mitte later recalled.

Initially, Mitte began training with Los Angeles talent manager Addison K. Witt in Sherman Oaks, Cal just for fun. In spite of the fact that the vast majority of the actor in the studio were working actor, Mitte was utilizing acting as a means to build a friendship with children his own age while living in a new city.

Later, Witt and talent agent Debra Manners of the Daniel Hoff Agency, encouragement him to have a go at acting and began auditioning for ads and TV shows like Grey’s Anatomy (2005). Mitte tried his hand at background roles and became a regular student on the prevalent Disney show, “Hannah Montana” (2006), later being romantically connected to the show’s notable star, Miley Cyrus.

In 2011, Mitte starred in the short horror film Stump in 2011. At the same year, he worked as executive producer of the documentary “Vanished: The Tara Calico Story”, that deals with the disappearance of Tara Calico. Mitte was cast in Michael Bartlett’s 2013 thriller film “House of Last Things” playing ‘Tim’.

Following his “Breaking Bad” success, Mitte career took off and was push into the worldwide spotlight as the celebrity and model of GAP International’s 2014 “Lived in Spring” campaign.

In 2015, he was found walking in Men’s Fashion Week in Berlin, Milan, and New York City for Julian Zigerli, Vivienne Westwood, soPopular, and Ovadia & Sons. Soon after Mitte’s appearance in the Vivienne Westwood show with a black and white breast place for Milan fashion week, the entire fashion and entertainment industry went mad for him. Dazed and Confused Magazine called him “an overnight Fashion sensation.”

Previously, RJ Mitte had a brief relationship with Miley Cyrus, when the two worked on Nickelodeon’s kid show “Hannah Montana”. RJ Mitte has been dating Jodi Lyn O’Keefe in around 2015 and Actress, Model & Former Miss California, Meagan Tandy in 2012. RJ loves doing charity works, which were first ingrained on him by his influential granddad and has associated with some of the charitable trusts himself.

Mitte, who has a $2.5 million Dollar net worth has been endorsed by Apollo Magazine. He is a Celebrity Youth Ambassador for United Cerebral Palsy and worked with Habitat for Humanity. He enjoys traveling, fishing and paintball and has taken ballroom-dancing lessons.