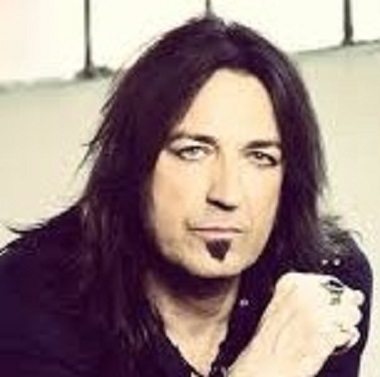 Michael Harrison Sweet is an American singer and lead guitarist widely recognized as leaders, singer of the Christian metal band Stryper. He is one of the most talented American musicians and a record producer, known for his styles of singing Christian Rock, Christian Metal, and Hard Rock music.

Michael Sweet is married to Kyle Sweet. In 22 years of his married relationship, the pair was blessed with two children’s Michael Sweet Junior and Ellena Sweet.

Micheal Sweet was born on 4th July 1963, in Whittier, California, United States. He was raised by his father Phil sweet and Mother Janice sweet along with his brother Robert Sweet.

Regarding Micheal Harrison nationality, he holds American nationality and belongs to white ethnicity.

A native of Orange Country, California, Michael Sweet began his musical career in 1980 and with the help of his brother Robert Sweet, he started a band called Roxx Regime. They brought Christian Rock into the mainstream well known as a Stryper. For a decade the band recorded 5 successful studio album and then declined.

As a lead guitarist and singer of Stryper for so long in 1992, left the band and started his own solo career. He released a pair of well-received albums in 1995 and 1996, Michael Sweet and Real, respectively,  and later earned Dove Award nomination.

During time Micheal along with his wife Kyle relocate to Massachusetts and worked at his father-in-law’s campground/cranberry business, Maple Park.

In 1999, Sweet reunited with former Stryper bandmates Oz Fox and Tim Gaines during a concert in Puerto Rico. In 2007, he got a chance to work with the Boston band.

For nearly 5 years he performed as a lead vocalist and guitarist for Boston. Sweet also released a classical-infused album called Touched in honor of his wife Kyle Sweet.

Michael Sweet is a versatile singer and a married man. He met his wife Kyle Sweet while making Stryper’s first band video. In 22years of his married relationship, the pair was blessed with two children’s Michael Sweet Junior and Ellena Sweet.

Unfortunately, their married life suffered from a tragic ending after sweet’s wife Kyle died of cancer on 5th March 2009.

Michael Sweet tied the knot with his new wife Lisa Champagne in 2010 at a private ceremony with their families and close friends.

On our way to Atlanta. Just wrapped 4 in a row & we’re yet ready for more Traveling with this beauty @ChampagneSweet makes it worth it pic.twitter.com/XKnNZcDc0J

Since then Michael Sweet and Lisa Champagne living together happily with their children.

Versatile singer, Michael Sweet is most popular American musician and frontman made his most promising success of his career with Stryper and Boston and ultimately, living a lavishing lifestyle.

Currently, he is enrolled for releasing his new album. He surely earns an attractive salary from his career and as of 2018, Michael Sweet current estimated net worth is to be around $5 million.