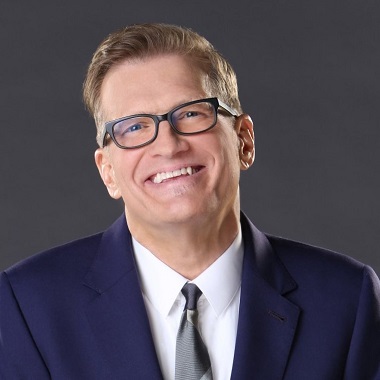 Drew Carey is a famed American comedian, actor and sports show host. He rose to fame from stand-up comedy show, The Drew Carey Show. He also hosted the American version of the show, Whose Line is it Anyway, which was aired on ABC.

Drew Carey(Drew Allison Carey) was born on 23 May 1958 in Cleveland, Ohio to father Lewis and mother Beulah Carey. He was raised along with his two brothers, of whom Drew was the youngest. Drew’s father died of Brain Tumor when Drew was eight years old. And his mother brought him along with his two brothers in Old Brooklyn neighborhood of Cleveland, Ohio. The loss of his father, left him depressed because his mother was struggling to support the family. 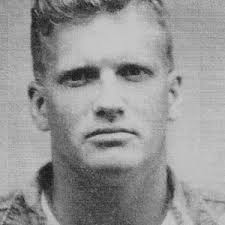 Drew graduated from James Ford Rhodes High School in 1975. There he learned to play trumpet and cornet in the marching band. Later on, Drew went to Kent State University to complete his studies. Sadly, he had to leave after three years because of his poor academic performance. He got depressed through his early years and even attempted suicide twice. Anyhow, he pulled himself out by reading humor books and taking interest in board games. 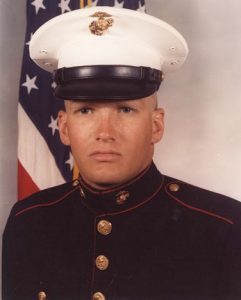 Drew Carey during his US Marine Crops

In 1979, he drafted in the US Marine Crops Reserve and served for four years, from there he moved to Las Vegas in 1983 and proceed as a bank teller and writer.

He began his career in comedy by writing jokes for his friend, David Lawrence and went to participate in the show called Open Microphone CContest where he won the competition and became the Master of Ceremonies at the Cleveland Comedy Club.

In 1994, Carey wrote his stand-up comedy, Drew Carey; Human Cartoon, which was opened on Showtime and won a Cable AEC Award for Best Writing. Continuously he developed the character of middle-class bachelor and get a part in supporting roles on television. In 1994 he co-starred with John Caponera in The Good Life, a comedy on NBC, which was canceled and after Carey employed as a consultant for the television show, Someone Like Me‘.

Moreover,  The Drew Carey Show was premiered in 1995 which turns around a fake version of himself as he took on the stresses of life and work with his childhood friends. The program includes 233 episodes and ran for over nine years.

He was also one of the founders of the Improve All Stars that is the group of eleven actors, who performed in unscripted parody. In 2007, he started hosting game shows, ‘Power of 10’, which after Carey was hired by CBS to host ‘ The Price is Right’ in place of Bob Barker, who was retired.

He began to regularly appear in shows and commercials including The Great Root Bear and A&W Foods Services of Canada, where he was dismissed by A&W Food because one of his episodes of ‘Drew Carey Show’ featured Mc Donal’s.

Besides of the shows, Carey has also written his autobiography,’Dirty Jokes and Beer; Stories of the Unrefined’, which was about his early life and television career, which was advertised in the New York Times list of bestsellers of three months.

He also appeared in several movies including ‘Coneheads’,’The Big Tease’,’Robots’,’The Aristocrats’ and ‘Jack and Jill’. 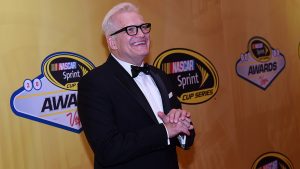 Drew Carey during an Award show

His name was also included in the Hollywood Walk of Fame and WWE Hall of Fame in 2003 and 2011. He was also a two-time winner of Daytime Emmy Award‘ for Outstanding Game Show:

Carey proposed his girlfriend  Nicole Jaracz on 9 October 2007. They got engaged a few months later, but the engagement was called off later in 2012. They ended up their 5 years relationship. 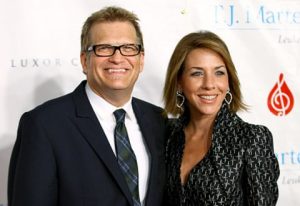 Carey is figured as the father to Nicole Jaracz’s son, Connor, from her previous relationship. Nicole and Connor have also appeared alongside Carey on The Price Is Right several Times.

After separating from fiancee, he is rumored to be dating young actress Kelley Whilden. Recently, they posted a picture on her Twitter account. 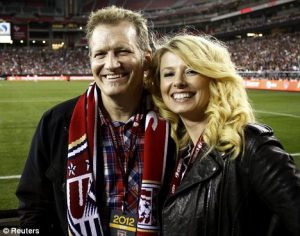 Drew and Kelly in happy mood

As Carey is famous for his comedy show and performances, he earns many fans following on his Twitter Account and Instagram Account. His current net worth is estimated around $165 million dollars, as of 2017 net worth estimation.