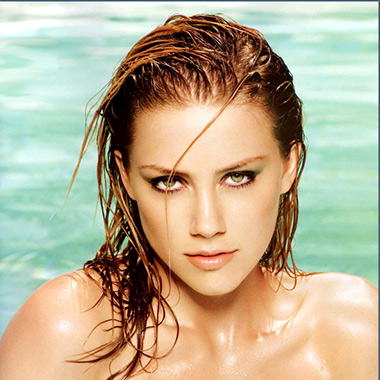 Mieke Buchan is a very beautiful Australian radio and television presenter. Her name is pronounced as me-ka. She is a native of Sydney, Australia. She attended at University of Technology, Sydney and majored Film and Television Production in her BA Communications degree. She also has competed in the Australian University Games and competed in netball.

She began her career working for SBS One’s Toyota World Sports weekend edition host. She also appeared on several other travels, sports and entertainment show on the National Geographic Channel, Network Ten, and Fox Sports. She also daily updated FIFA World Cup coverage while she was working at SBS along with anchoring Toyota World Sport. She also hosted breaking international soccer news and results on the The World Game. She also presented, wrote and produced weekly sports series Australian Horse Sports. She hosted a weekly pop-culture show at FBI radio in 1998 and got her first taste of live radio. She at Telstra’s Basement.com.au live streaming station hosted the breakfast slot. She hosted from 1999 to 2002. She also worked for Fox8 in Australia and has hosted several shows for them. Some of the shows include Entertainment Extra and have interviewed many personalities like Ashton Kutcher, Anthony Hopkins, Susan Sarandon and many others. She presented short-form travel series Chain Reaction, Postcards from paradise. She also co-hosted national survey special Are You Good in Bed? She with Molly Meldrum covered the Aria Awards for Foxtel.

In 2002, she has won Logie Nomination as she was voted Most Popular New Female category by the viewer. She worked in Los Angeles between 2003 and 2008. She covered Fox Sports Net, the Tennis Channel, ABC, Encore and ESPN and covered world’s sports and entertainment events. She presented the Pro-Am Poker Equalizer, Poker at the Plaza and Celebrity Poker Pro-Am. She was also a correspondent for Fox Sports. She was seen as a correspondent on nightly sports talk show Best Damn Sports Show. During that time she was the on-field correspondent for 5 Super Bowls of SBS. She directed sports-travel series Destination between 2004 and 2009. She showed locations which include Spain, Cabo San Lucas, Austria, New York, Andalucia, Carmel, Switzerland, Montreal, South Carolina, Australia and others.

She produced Destination for Tennis Channel and helped to distribute sports all over the world. She hosted the show V2R at Indie MTV station M+TV. She then moved to London in early 2008. She worked there as the host of Red Bull Air Race World Series in several locations which include Porto, Hungary, and London. She again returned to Australia and with Eddie McGuire co-hosted The Hot Breakfast radio show. She at the same time hosted Australian road-trip travel series Making Tracks.

Since 2010, she dated Sen regular Dermott Brereton. They were introduced by television presenter Eddie McGuire. She is a very beautiful and gorgeous presenter. She is counted as one of the 25 sexiest Sportscaster.

Her official Twitter account link is https://twitter.com/miekebuchan. She has got 2507 followers and she is following 2162 people. She is 5 feet and 11 inches tall weighing 135 lbs. which is a normal weight? She is still beautiful and alluring despite her growing age.