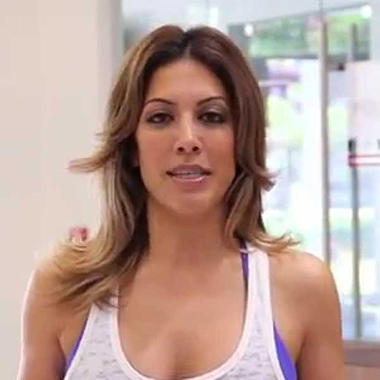 Kavita Channe is a famous American Radio and Television personality. She is mainly known for appearing on Paradise Hotel.

Kavita Channe is the native of London belonging to Indian and Greece ancestry. When she was 5 years old she moved to South Florida with her family. She also has two sisters. She attended the University of Florida and graduated from there receiving a Bachelor’s of Science in Journalism & Telecommunications with a specialty in Business degree. She is also the co-founder of The Procurer in 2006. The Procurer is a celebrity-concierge and marketing firm.

As a correspondent, Kavita Channe has worked for the Fort Lauderdale Strikers in 2011. She ranked 2nd as the Sexiest Sports Moments of 2011. She produced and created her own show titled 1stDown&Dirty. She also directs and writes the show as well as parodies and interviews with famous athletes which included Miami Heat star LeBron James and Dexter Pittman. In 2012, she was added to the Fox Sports Prep Zone lineup. She served as their sideline reporter covering sports in South Florida. She has also hosted the show Vip TV on The CW and Mundo Fox. She was added as Fox Sport’s Social Media Reporter during Florida Panthers broadcasts in 2013 while she was still working on Prep Zone and Vip TV. She then appeared on the Fox Television Show Paradise Hotel. She served as a correspondent on Designing Spaces installments which includes Kid Spaces as well as Beauty Spaces. It airs on TLC and WeTV. She also featured in the film Broke: the New American Dream. The film was directed by Michael Covel and an award winning British film director Aneel Ahmad.

Starring Corey Feldman, Kavita Channe played in the movie Exposure as a reporter. The film Exposure II is soon to be released. She was enlisted as the team sideline reporter by the Jacksonville Jaguars in 2014. Along with sportscaster Christian Bruey and Fred Taylor, she has reported on the world’s largest video boards. The jaguars have a four-year contract of playing in London. She spent training camp pre-season on the job in a medical boot on May 5, 2014. She has also launched a bikini line featuring sports themed bikinis in ww.DiDikini.com.

Kavita Channe uses almost all social networking sites like Facebook, Twitter, Instagram, etc. She uses her social networking account to be in touch with her fans and viewers. She keeps in touch with them on her social accounts. Her official Twitter account link is https://twitter.com/kavitachanne. She has got 95.1K+ followers and she is following 938+ people. She to date did 38.4K+ tweets. Her official Instagram account link is https://instagram.com/kavitachanne/. She has 3349 followers and she is following 596 people. Her official Facebook page link is https://www.facebook.com/KavitaChanne. Her page is liked by 27k+ people. She also has her own official site http://www.kavitachanne.com/. She shares about herself, photos, etc. on her site. Her LinkedIn account links ishttps://www.linkedin.com/in/kavitachanne. She got a perfect beach body. She has also posed in a bikini in which she looks sizzling hot. She has that look which can make men drool. She stands 5 feet and 4 inches tall. Her zodiac sign is Aquarius.