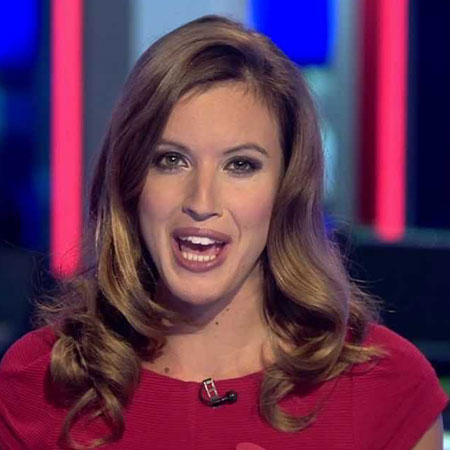 Charlie Webster is a beautiful English television presenter. Charlie was born on November 9 1982 in Sheffield, England. Her birth name is Charlotte Charlie Webster. She studied at Tapton School and also took part in elite junior athletics during her school days. She then attended Newcastle University and studied Linguistics and Language there. She also worked part-time as a fitness instructor, an actress, personal trainer and fitness instructor at University. She is die-hard fan of Sheffield United.

She moved to Spain to work for Real Madrid TV as a TV presenter. She while working there interviewed the Galactico team and also presented football. She then moved to Asia and joined ESPN. While working there she presented Asian football and live Premier League football in addition to motorsport. She moved back to UK and presented ITV4 and Setanta Sports News Live GP2 coverage. She then worked for BBC Look East as a sports broadcast journalist at the end of the motorsport season. She was also the voice of World Superbikes highlight show on Channel 4. She then worked on Sky Sports as a presenter/reporter from 2009-2014. She live covered Grand Prix speedway and Elite League. She also became a regular presenter on Sky Sports News in November 2010.She then presented the Goodwood Festival of Speed Live on Sky Sports in 2010. She along with Iwan Thomas presented the UK School Games for Channel 4. She also presented triathlon and endurance events featuring on Channel 4.

“I got quite close to the running coach because you do. He abused my trust and abused the fact that I was an innocent person that maybe wanted his support, his compassion and his care as my running coach.”

She took modelling professionally while she was in university. She for Nike Women have hosted various Nike Tranning Club events. The events were held to help inspire females into sport and exercise. She have also posed for FHM magazine in lingerie in 2004. She is a triathlete, runner and boxer who trains with ABA coach Jacqui-Lee Pryce. She resigned as a patron of Sheffield United in November after rapist Ched Evans was allowed to train at the club.

Charlie raised money for the Bobby Moore Fund by running in the London Marathon for Cancer Research UK in April 2009. Her official Twitter account link is https://twitter.com/charliecw. She has got 68.5K followers and she is following 328 people. Her Twitter account is verified. She also has her own official site http://www.charliewebster.me/. She is a very beautiful and gorgeous presenter who is currently 32 years old. Her height is 1.78m.