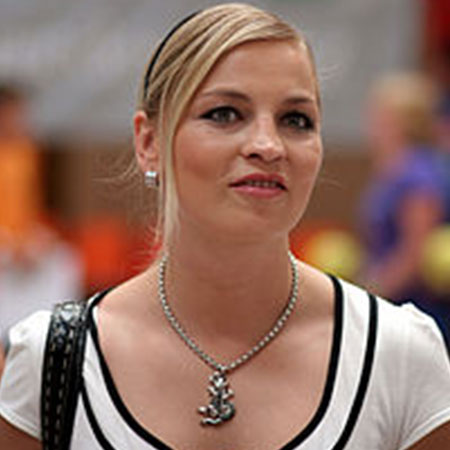 Regina Halmich is a famous female boxer from Germany. She is one of the most successful female boxers of all time. She also have helped to make female boxing popular in Europe. Regina was born on 22 November 1976 in Karlsruhe, West Germany.

She as a professional have boxed in the Jr. Bantamweight, Featherweight, Flyweight, Bantamweight and Jr. Flyweight divisions. She boxed at the Flyweight, Jr. Flyweight and Super Flyweight divisions and became the WIBF’s world champion. On March 4 1994 she made her professional debut in her hometown of Karlsruhe. She in her debut defeated Fienie Klee of the Netherland. In her career she have defeated numbers of quality boxers. She boxed against Johanna Pena-Alvarez, Yvonne Caples, Delia Gonzalez and other several boxers and have defended her Flyweight title. She also boxed with Elena Reid and ended the match with a draw. She won in a fight IWBF world Super Flyweight title against Daisy Lang. By a ten round unanimous decision, she defeated Marylin Hernandez on January 15 2005 and defended her world Flyweight title. She also defeated Hollie Dunaway on 16 April 2005. They boxed till ten rounds and became successful in defending her title. She boxed against Maria Jesus Rosa from Spain and was able to defend her title. It was her 50th professional fight. For more than ten years she holds the title. She again boxed against Elena Reid in December 2005 and was able to win the match this time. She defeated Ria Ramnarine and won her 53rd pro fight on 9 September 2006. She defeated her by KO in the sixth round. In her career, her boxing recors satnds at 52 wins, 1 draw and 1 loss. On January 13 2007 she faced Reka Krempf of Hungary at the Brandberg Arena in Halle. She became successful in defeating her.

Talking about her career outside the ring, she became one of the first women boxers having her own line of cosmetics. She have also worked for some German magazines and websites by posing for them. With a promotional fight against German TV host Stefan Raab in March 2001 in his show TV Total she came to highlight on German television. The match ended it more than once as the referee felt that Stefan health was in danger. Raab kept convincing him to continue the fight. During the fight, she broke Stefan nose but her managed to go the distance with her. In 2007 they both fought again in which Halmich won again.

She also has her own official site http://www.regina-halmich.org/web/index.html. She shares her detail and projects there. Her official Facebook page link is https://www.facebook.com/HalmichRegina. Her page is liked by 14k followers. Her Facebook page is verified.