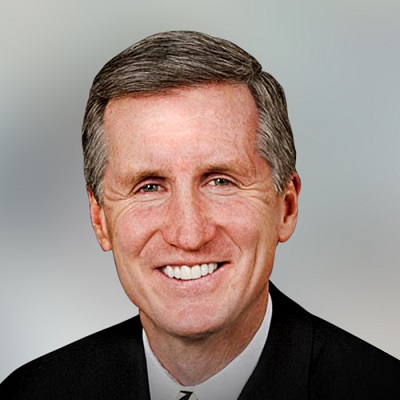 Mike Breen is a Play-by-play sports commentator for NBA on ABC. Moreover, he is also the lead announcer for New York Knicks games on the MSG Network. Furthermore, he also calls the NBA games for ESPN. Before, he worked as a Play-by-play announcer for the New York Giants. Besides this he Breen also regularly called NFL seasons for Fox and NBC.

Mike Breen was born on  May 22, 1961, in  New York, United States. He was born to John Breen and Mary Breen. His father was a former Marine, a union steamfitter.

He attended Salesian High School and completed his school level in 1979. Breen completed his graduation from the  Fordham University in 1983.

In the starting of his career, Breen worked for Knicks from 1992-1997 as an announcer for WFAN. In 1999, he worked as a Play-by-play backup of Marv Albert. However, in 2004 he became the lead play-by-play announcer of the following channel. Well, Al Michaels left the ABC in 2006. So ABC announced Breen as their lead broadcaster for the NBA, including the NBA Finals.

He started his broadcasting career in 1985 through play-by-play for the Marist College Red Foxes basketball team. However, in Knicks’s 2011 NBA Playoffs, he did not call any games for the MSG because of his involvement in the  ESPN and ABC.

During his work for Knicks, he worked along with head coaches  Hubie Brown and Jeff Van Gundy. Moreover, he also worked along with Knicks’s players  Mark Jackson and Walt Frazier as well as with announcer  John Andariese.

Well, he is also the voice of the NBA Live. Moreover, he also did the voice in the NBA Live series beginning with NBA Live 14. Breen has also announced five Olympics Games during his career. In  2004 Summer Olympics in Athens, he called basketball as well as he handled play-by-play for both the men and the women. However, he also covered the play-by-play for both men and women basketball in 2008 Olympics.

Besides this, he has also worked in the radio. In early 1980’s he worked in the  WNBC radio where he featured as a host of  “SportsNight”. However, he covered the  Imus in the Morning talk/comedy radio show for the radio from 1988–2000.

Mike Breen is a married man and is the father of three children. He is married to Rosanne Breen.

His children’s name is Michael, Nicole, and Matt. His son Nicole is a coordinator of NBA. Breen lives in  Long Island, New York along with his wife and children. He gives equal time to his family and profession. Besides this, he hasn’t faced any rumors of his other love affairs. Moreover, there are no any rumors of his divorce. His nationality is American and falls under white ethnic group.

One of the famous sportscasters with a great personality, Mike Breen deserves to have a good net worth. However, there are no any records of his net worth as well as salary. But looking at his works, it is sure that he must have good net worth and salary.