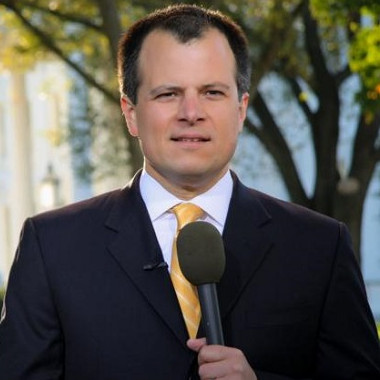 Mike Emanuel was born on December 10, 1967, in New York City, USA. He grew up in a big Greek family in Westfield, New Jersey. He received a degree in communication from Rutgers College of Rutgers University in New Brunswick, New Jersey, where he worked as a play-by-play radio announcer for Rutgers athletics on WRSU-FM (88.7 FM).Emanuel holds an American nationality and is a Greek American ethnicity.

After serving as an anchor and reporter around one year he left the job and joined KTBC-TV in 1994 in Austin, Texas Area, where he worked as a reporter an anchor. He worked there two tears and left in 1996. After that, he became a part of KCAL-TV, a local independent station in Los Angeles, CA, where he covered breaking news. He worked there one year.

During his time at FNC, Mike has presented live coverage of many national and international stories, the execution of former dictator Saddam Hussein, the 2005 Iraqi elections from Baghdad and the 2012 presidential elections. 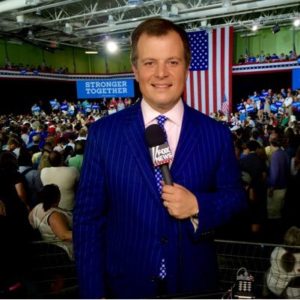 Most recently, Emanuel has covered the hearings surrounding the 2012 attacks in Benghazi, the IRS scandal, Libya attacks, the 2014 Congressional races, and President Barack Obama’s 2015 State of the Union address from Capitol Hill and Secretary Hillary Clinton’s 2016 presidential campaign.

Mike is married to Angeline. The couple has been married for almost two decades. His wife, Angeline is a black belt holder in Karate. The couple has a daughter, Tasty Emanuel, and son, Savas Emanuel. Mike Emanuel belongs to Greek-American ethnic and follows an Orthodox Christian religion. 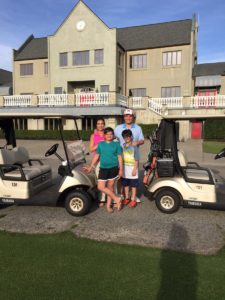 Mike Emanuel with his family in South Carolina
Source: Twitter

In his spare time, he loves to listen to music, some of his favorite songs are “Use Somebody” by Kings of Leon; “Jumping Jack Flash” by The Rolling Stones; “Message in a Bottle” by The Police,  “Beautiful Day” by U2 and “Born to Run” by Bruce Springsteen. The 5 ‘ 11″ journalist’s income source hails from his journalism career however, he has not revealed his net worth. He is active on social networking sites like Facebook and Twitter.