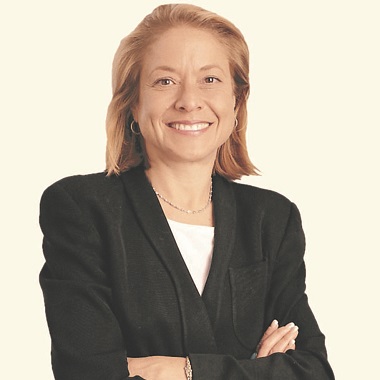 Lawyer, author, political commentator, and feminist advocate, Susan Estrich is a Professor, expert in criminal law, gender discrimination, law, and politics. She is also a regular contributor to Fox News, where she fills in as the legitimate and political analyst.

Susan is the first female president/leader of The Harvard Law Review and the first woman to ever manage a presidential campaign, where she worked for Michael S. Dukakis in 1988. Susan was married to Marty Kaplan in 1986. They got divorced due to the bad behavior towards her and her daughters and different priorities/interests.

A celebrated feminist legal scholar, Susan Estrich was born on 16th December 1952 to a Jewish parent, Irving, an Attorney, and Helen. She grew up with her two siblings, brother, March and sister, Ruth in Lynn, Marblehead, Massachusetts.

She attended Dr. Samuel C. Eveleth School in Marblehead. In 1974, Estrich earned her Bachelor of Arts degree from Wellesley College and her J.D. from Harvard Law School, where she became the first female President of the Harvard Law Review. She has likewise taught at Harvard Law School.

At first, Estrich worked as a clerk for The Honorable John Paul Stevens, former Associate Justice of the Supreme Court of the United States and the late Honorable J. Skelly Wright, judge of the United States Court of Appeals for the District of Columbia Circuit. Estrich also performed some private legal practice, serving as a counsel for the firm of Tuttle & Taylor in Los Angeles from 1986 to 1987.

Estrich was a special aide to Senator Edward M. Kennedy, and staff counsel and special assistant to the chief counsel for the U.S. Senate Judiciary Committee. She has been effectively involved in Democratic presidential politics, filling in as a national campaign manager of the Dukakis-Bentsen battle in 1988.

The woman to first coined the expression “nuts and sluts” to depict the campaign Clarence Thomas supporters pursued to ruin Anita Hill, Estrich is a regular commentator on law and politics for FOX News Channel and an occasional talk radio show host.

Estrich has also substituted for Alan Colmes on the debate show “Hannity & Colmes” and regularly writes articles for the conservative website NewsMax.

Estrich, the Board of Editorial Contributors for USA Today, is currently a law professor at the University of Southern California Law School and a political science professor at its affiliated undergraduate school. Prior to joining the USC faculty in 1989, she was Professor of Law at Harvard University, where she was the youngest woman professor.

In July 2016, Estrich was held as legal adviser to the previous Fox News chairman Roger Ailes, whom she met on the George H. W. Bush campaign field in 1988 and whom she considers a dear friend. Ailes lost his occupation after a number of women who worked for Fox News blamed him for lewd behavior.

Her assaults against Gabe Sherman, the New York reporter who broke the scandal, were negatively viewed by some who felt the representation to be conflicting with Estrich’s genius pro-feminist philosophy.

On 14th April 2017, Susan Estrich, the feminist hero wrote her opinion on Creators website about the White House Press Secretary, Sean Spicer, when he compared the Syrian President Bashar al-Assad and Nazi’s Hitler. Estrich said, “The president’s press secretary is either the stupidest person to ever hold a senior position in the White House or he’s an outright anti-Semite.”

She further added, “This is not a partisan issue. He is an embarrassment not just to the administration but also to our nation — Republicans, Democrats, Jews, Christians, Muslims and all thinking people.”

Her academic publications include “Getting Away with Murder: Politics, Crime, and the Rule of Law“; Dangerous Offenders: The Elusive Target of Justice (with McGillis, Spellman & Moore); “Sex at Work” and “Real Rape”. Her most recent book is The Case for Hillary Clinton (2005); Soulless: Ann Coulter and the Right-Wing Church of Hate; and How to Get Into Law School.

Susan Estrich was married to professor, screenwriter, and former speechwriter, Marty Kaplan in 1986. The former couple has a daughter, Isabel, and a son, James. Estrich and Kaplan have since divorced due to the bad behavior towards her and her daughters and different priorities/interests.

Estrich is Jewish and had celebrated a Bat Mitzvah at Temple Israel in Swampscott, Massachusetts, and has written about her religion in her column.

Estrich’s successful career has earned her an estimated net worth of $1 million. She lives with her family and children in Los Angeles.