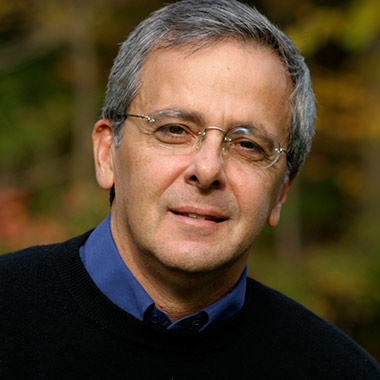 Michael Lupica is an American newspaper columnist born on May 11, 1952, in Oneida, New York. He is a columnist for New York Daily News and known for his provocative sports commentary and also appears on ESPN TV.

Lupica was born in New York but Nashua, Hampshire is the place where he spent his entire childhood days. He went to Bishop Guertin High School and graduated from Boston College. Lupica wrote, “The Sporting Life” in Pottstown, Pennsylvania at Esquire magazine for a decade in the 1980s. He is currently writing for Travel and Leisure Golf regularly. He has worked for Parade, Golf Digest, The Magazine, Men’s Journal and ESPN. His work has given him many honors and award and one of them is Jim Murray Award provided by National Football Foundation.

He writes columns for a various sports magazine and “Shooting from the Lip” which his signature Sunday column is featuring short and bitter observations. Lupica is recently engaged in the political column named “Monday with Mike”.

Michael column is been targeting New York Yankees, Isiah Thomas, Rudy Giuliani, Notre Dame Football, Michael Bloomberg, and former president and vice-president i.e. George W. Bush and Dick Cheney. You can see that he states the payroll of New York Yankees most of the time which is very high. Lupica has harshly criticized the new Yankee Stadium, West Side Stadium, Barclays Center in Brooklyn, and Atlantic Yards Project.

Mike-LupicaAs an author Lupica wrote the autobiographies of Bill Parcells and Reggie Jackson. He also wrote “Mad as Hell: How Sports Got Away From the Fans and How We Get It Back” and Wait Till Next Year” collaborating with William Goldman. He also wrote about “Summer of 98: When Homers Flew, Records Fell, and Baseball Reclaimed America” which is about Sammy Sosa/Mark McGwire’s home run and about baseball in America.

Lupica also writes a novel about the fictional character Peter Finley who is an NYC television reporter and his mysteries. His work “Dead Air” was nominated for category Best First Mystery in both Edgar Allan Poe Award and in 1987 Anthony Award which was later inspired the TV series “Money, Power, and Murder”.  He also wrote “Travel Team”, “Heat” and “Miracle on 49th Street for children. His work “Wild Pitch” and “Bump and Run” were bestsellers in 2003. He published the sequel to his book Bump and Run and “Travel Team” named “Red Zone” and “Summer Ball” respectively.

Lupica has been doing The Sports Reporters on ESPN since 1988. He hosted a television chat show called “The Mike Lupica Show” on ESPN 2 but it was unsuccessful so it didn’t last long. In the mid-1990s Lupica also did a radio show which also didn’t last long. He’s been a guest on the shows like Good Morning America, The MacNeil-Lehrer Newshour, CBS Morning News, and a radio show named “Imus in the Morning” in the 1980s multiple times. He used to host a daily show on WEPN FM for 3 years from (late 2011 to 2015).