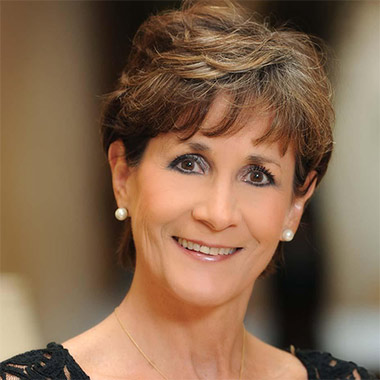 Sharon Anderson is a researcher, educator, and physician. She contributed her research to study the chronic kidney diseases and its progression. She was extensively focused on polycystic kidney disease, diabetic nephropathy, and pathophysiology of aging kidney. She was president of ASN and also chief of medicine at Veteran’s Affairs Medical Center in Portland. Presently she is chief at Oregon Health and Science University (OHSU). She has published more than 150 books as co-author and author.

In 1971, she did Bachelor of Arts from University of Maryland and completed her medicine degree from Louisiana State University which was School of Medicine in 1979. In the same year, she did her internship as a post-graduate. In 1983, she worked at University of Oregon Health Science Center which is currently known as OHSU. In the same year, she also completed a year of the fellowship program at Harvard Medical School and Beth Israel Hospital. She again did two-year fellowship program in nephrology at Harvard Medical School and Brigham and Women’s Hospital. She is now one of the active member of American Society of Nephrology (ASN).

As a researcher, Anderson made more understanding of diabetic nephropathy and figure out a more efficient way for the treatment of such disease. Her research helped to slow the diabetic nephropathy by uncovering the effect of ACE inhibitors which in result started the bigger clinical trials and improved the health of kidney patients. This became the reason for reduced patient who needs dialysis due to kidney failure.

She has shown quite a leadership in American Society in Nephrology in various ways. Her committee appoints the program committee, the abstract committee, Advisory group, the chronic kidney committee and the Executive committee for program directors of training. In 2004, she was in the council of ASN. There is a journal ASN known as Journal of American Society of Nephrology (JASN) for which she was on editorial board. She was first women to be the president of American Society of Nephrology in four decades of its establishment. Her position as president of ASN started in 2009 and she also played a role of an activist. She also served as chair of Nephrology board while she worked with the American Board of Internal Medicine and in NIH she was head at General medicine study section “B”.

Anderson was honored many times for her research and achievements. She was awarded the Faculty Teaching Award for three years consecutively from 2001-2003. In 2003, she was also awarded Medical Staff Chairman’s Award and Faculty Senate Award in 2006 in OHSU. She was honored and made a council member in the American Heart Association in the kidney department.