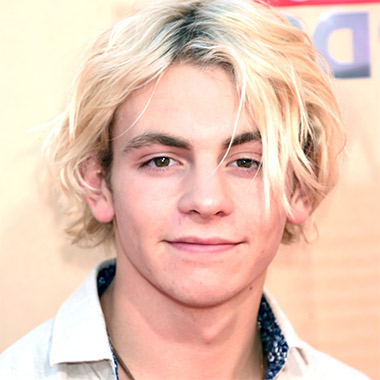 The American singer, songwriter, actor, musician and founding a member of pop rock R5 Band, Ross Shor Lynch was born on December 29, 1995. The hardworking and young Ross is also best recognized for his role as Austin Moon on the famous Disney Channel series “Austin & Ally”.

Concerning some of the moments from his early childhood, Ross Lynch was born and raised in the place called Littleton, Colorado along with other five siblings. Ross stands as the fourth child out of five children to Mark and Stormie Lynch. Ross full name includes middle name “Shor” which is his uncle name. He put his uncle name in the middle as they both have a birthday on the same day. Ross got his education from fourth grade in his home only, he learned to play guitar, piano and singing at the home too. The family moved to Los Angeles, California in the year 2007 and that’s where he got his success in music industry.

The path to music industry began when he was kind of pro in playing piano, drums, lead guitar and bass guitar. Unlike many other celebrities and singer, he had to go with the same hard working phase where the success of his life solely depends on how hard they can push themselves. During that crucial time, he manages to dance for the Rage Boyz Crew and appeared in So You Think You Can Dance and Moises Rules!.

In early 2009, he got lucky to appear in a movie named as Grapple with Anton Troy which opened another music video opportunity “Let it Rock”. After walking down the road of name and fame he was cast in the main role Austin Moon in the Disney original series Austin & Alley. The show was hit, it was aired in the year 2011 and its fourth and final series will be on aired at the end of 2015. Ross Lynch and Laura Marano played the role of Austin & Alley in the series. With this success he was more seen in the movie like A Day as Holly’s Kids, Muppets Most Wanted and series like Jessie, Teen Beach Movie 1 & 2, Ultimate Spider-Man and Girl Meets World.

Ross musical life began in the year 2010 where he self-released the album named Ready Set Rock which led him to sign with Hollywood Records. Heard it on the Radio, and Can you Feel it are some of his sensational single hits likewise, A Billion Hits and I love Christmas featuring Laura Marano are his Promotional Singles.

While moving to his life personal section, there is hardly any information found with the source. It simply gives the hints that he likes to keep things tight. Till now, there is no news about Ross Lynch girlfriend and dating status however Ross Lynch and Laura Marano names comes together many times. They might be in the relationship, however, no one has ever confronted it.

When I’m feeling stressed out and overwhelmed, sometimes I’ll read a book. But most of the time, I will either listen to music or play music. I’m basically always playing music, even if I’m not stressed!

Ross Lynch has the net worth of $2 million dollars (2016), and it’s obvious he will make some hard cash in future days