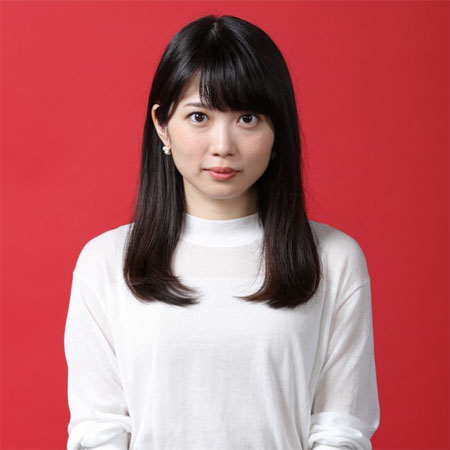 63rd Television Drama Academy Awards winner, Mirai Shida is a Japanese actress who is best known for portraying the role of Kazumi Kanda in the movie, “The Queen’s Classroom”. Currently, she is one of the most active young actresses in Japan, appearing in many dramas and commercials.

Shida is a single woman enjoying her bachelor life for now. She is a well-established actress who with no hesitation played in numerous romantic movies. To know more about Mirai Shida’s net worth, salary, personal life and professional life, stay tuned!

Mirai Shida is one of Japan’s most recognizable young actresses. She makes a decent amount of money from her successful career in an entertainment industry. Moreover, she also earns some from endorsements deals. Mirai Shida undoubtedly enjoys her net worth in millions. However, her estimated net worth is still under review.

In addition, her salary might be in thousands of dollars as she is active in the entertainment industry.

Shida has currently reached 25 years old and her relationship status is single. However, in 2015, she was rumored to be dating boyfriend, Kamiki Ryunosuke. The rumors began to buzz when the two spotted together several times in public places.

Moreover, on 18 November 2015, the duo was seen together having a meal in Shibuya. Both being the celebrity no wonder that paparazzi followed them and it is said that they headed to Kamiki’s apartment after their romantic dinner.

However,  the couple neither denied nor confirmed the rumor of them being together. According to Shida’s representative, they were just friends and knew each other since childhood. The fact that the pair never made their relationship official lead to the conclusion that they are actually very good friends but not lovers.

Mirai Shida was born 10th May 1993 in Ayase, Kanagawa, Japan. Shida took her high school education from Horikoshi High School. Growing up in Ayase Japan, Mirai Shida showed great interest in acting since her childhood and soon followed her dream as her career.

Mirai Shida entered the acting field as a child actor in the year 1999. She came into limelight after her appearance in the 2005 NTV drama, Joou no Kyoushitsu opposing Amami Yuki. Likewise, her mesmerizing performance helped her to land the lead role in 2006 NTV drama, 14-sai no Haha. The drama grabbed the wide range of attention on the subject of a teenager giving birth to a child.

Afterward, Shida went on to appear in an array of movies including Tantei Gakuen Q, Dream Again, and Watashitachi no Kyokasho. Moreover, she starred in the hit film & television series, Kabei Our Mother & Seigi No Mikata.

In addition to that Mirai’s  performance in the drama Dare mo mamotte, Kurenai in 2009 garnered her the newcomer awards in the 33rd Nippon Academy and Erandoru Award.

She is also praised for her Academy Award-winning performance in as Kazumi Kanda in a Japanese TV show, Jo? no Ky?shitsu. Besides that, she featured on the television commercials like Nintendo DS and the Tokyo Electric Power Company.