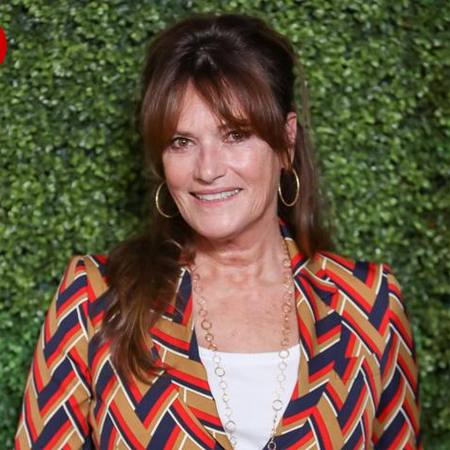 Chelsea Field is a renowned American actress known for her outstanding performance in the several movies. She is best known for portraying a character of Teela in a live-action adaptation of Master of the Universe of white descent.

Actress, Chelsea Field is living a blissful married life with her husband and children. She is well handling her professional and personal life giving adequate time to both her career and her family.

Chelsea Field was born as Kimberly A. Botfield on 27th May 1957 in Glendale, California. She is from an upper-middle-class background and was raised by her father Will Botfield.  Chelsea received her formal education from Crescenta Valley High School. She was a bright student in her high school and used to take part in the major program.

Chelsea started her career as a dancer and served at Solid Gold for almost a year. Later, she joined the acting field with the movie, Commando in 1985. She hit the spotlight after portraying the role of Teela in the hit movie Masters of the Universe.

She then went on to play in the movies like Skin Deep, The Dark Half, Dust Devil, The Wrong Woman, Wicked, The unsaid, The Last Boy Scout and many others.

Field made her television debut with CBS, Summer Playhouse in 1987, followed by Cold Case, Borderline Murder, Secret and Lies and Hotel Room. In 2017 she was seen in the military drama NCIS: New Orleans. Likewise, she also played as the ex-wife of her real husband in the series, Netforce.

Chelsea has accomplished a lot throughout her career. She has been nominated for a lot of prestigious awards and one of them is Fangoria Chainsaw Awards for Best Actress for her role in the movie Dust Devil.

Chelsea Field is a married woman and a mother of two children. Her husband, Scott Bakula is a renowned actor and director of Hollywood. These two began dating at the start of 1996 and remained together as a girlfriend and boyfriend before getting married.

The couple tied a knot in 2009 after dating for more than a decade. The duo welcomed their elder son, Wil Botfrield Bakula in 1996 while their younger Owen Barrett Bakula was born in 1999.

Although it was Field’s first and foremost experience of having husband and children aka family, it was not the same for Scott. Chelsea was his second wife. He was previously married to ex-wife, Krista Neumann and has two children with her. Even though it was his second marriage Bakula is quite committed to his now wife and family.

Chelsea has touched the heart of fans and followers with her acting skill. She alone earns a massive salary from her profession and when combined with her husbands $10 million net worth they become one of the richest celebrities. Even though her net worth is still under review it’s a certain fact that she is living a luxurious life along with her family.