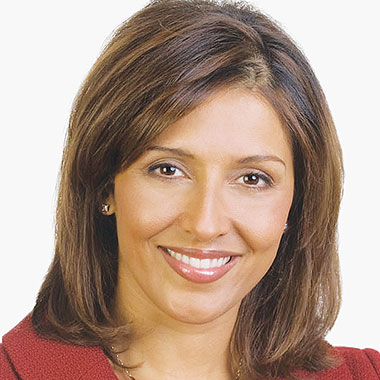 Mish Michaels is a famous award-winning meteorologist and also an environmental reporter of Boston. She was born with the name Anuradha in Kolkata, India. Her name means “one who does well for others”. During her days in kindergarten, an F2 tornado appeared which took her apartment complex which was just outside of Baltimore, Maryland. These were her earliest childhood memories due to which she was inspired to become a meteorologist.

Michaels received her Bachelor of Science degree in Meteorology from Cornwell University which is situated in New York City. She attended Harvard University and received Master’s degree in Technology.

Career as a Meteorologist

As soon as she completed her education, she started searching for the job. Her first job was as a weekend meteorologist and environmental reporter at WMUR which is situated in Manchester, New Hampshire. In 2006 she was a recipient of Metcalf Fellowship which is presented by Environmental Reporting and Metcalf Institute for Marine. In 2004 for studying at Woods Hole Oceanographic Institution on Cape Cod she was awarded with science journalism fellowship.

She investigated climate change and atmospheric coupling and other various weather related topics which was allowed to her by the fellowship. From 2001 until 2009 she worked for WBZ (CBS). By her work there she got the job as co-host of Atmospheres with Jim Cantore at The Weather Channel (TWC). In 1992 she started her career as a weekend meteorologist with WHDH (NBC) in Boston. She was titled as “Boston’s Best Meteorologist” twice by Improper Bostonian.

She almost for a decade worked as Editor in Chief. She also got the chance of working at various museum related projects like Weather-wise which is now opened at Museum of Science, Boston. She also worked at another exhibit at Christa McAuliffe Planetarium in Concord, NH. She also taught a course “Meteorological Communications” in Meteorological Department at UMASS Lowell over a decade. She also have worked over numbers of educational projects related to meteorology with various organizations. She have worked with Blue Hill Weather observatory and Harvard Smithsonian Institute supporting WINS program (Women in the Natural Sciences). Michael’s interview can also be found in various magazines.

Mish is a married woman. The couple is blessed with a beautiful daughter named Nalina. She with her family and husband lives in the Boston area. She have a very supportive husband and also a responsible father. Michaels is fond of spending time with her friends and family. She also enjoys watercolor painting and travelling.Her article is in Boston magazine, Worth, Platinum, Parade, The Improper Bostonian, India Economics Times, India Today, Cosmopolitan and Boston Globe Worth.

She also has been listed for “Top ten Young Leaders” by Boston Jaycees. Big Sister Association has also named her with the title “Big Sister of the Year” and Germaine Lawrence named her “Woman of the Year”. She is also involved with the Big Sister Association of Boston. For almost a decade she has also volunteered Big Sister. She is the active member of the Corporation at Germaine Lawrence School which is for adolescent girls in crisis. She also has raised funds for The Pine Street Inn. She collected socks and mittens and supported them during the coldest months of the year.