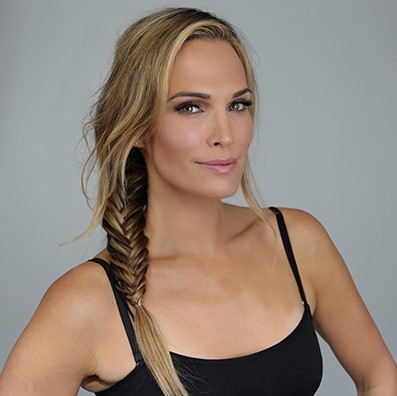 An American actress and model, Molly Sims is known for her appearance on the famous men’s magazine, Sports Illustrated Swimsuit Issue and her portrayal of Delinda Deline in the NBC drama “Las Vegas.”

Molly Sims was born on 25, May 1973, in Murray, Kentucky, U.S. She is the only daughter of Dottie (mother) and Jim Sims (father). She has an older brother named, Todd.

After her graduation from Murray High School in 1990, Sims attended Vanderbilt University to study political science. She has a keen interest in modeling and acting from her very early age. At the age of 19, she dropped out to pursue a career in modeling in 1993. 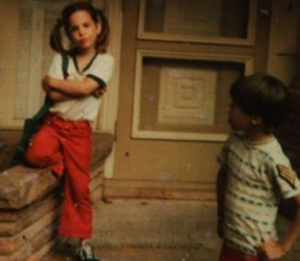 A throwback of young and bossy, Molly Sims with her brother, Todd (right)
Source: Instagram

During her time at college, she presented a few photographs of herself to a modeling agency at the advice of her friend. When Sims got a call from NEXT Models, she drops out of college to pursue modeling. As a model, she worked in Sports Illustrated “Swimsuit Issue” in 2000, 2001, 2002, 2004 and MTV’s House of Style. 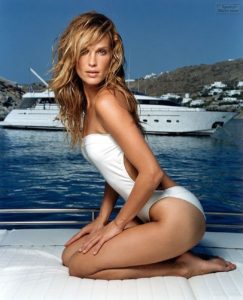 Sims worked in Sports Illustrated Swimsuit Issue wearing a bikini worth $30 million in 2006, which was made of diamonds, specially designed by a designer, Susan Rosen. Molly Sims also signed to Next Models Management in New York City and is a  Vanderbilt’s  Cover Girl model. She is also the member of Delta Delta Delta. Sims was an official spokesmodel for Old Navy ads known for using the tag line “You gotta get this look!”.

Sims made her breakthrough role as Delinda Deline, for all five seasons of the series “Las Vegas” from 2003 to 2008. Gary Scott Thompson created the series. Then, she began to appear playing, Marguerite in action comedy film “The Pink Panther 2”. She has also appeared in several comedy films, such as The Benchwarmers (2006), Yes Man ( 2008), Fired Up ( 2009), Venus & Vegas ( 2010) and much more.

In 2004, Sims launched Grayce by Molly Sims, a jewelry line which consists of necklaces, earrings, rings and bracelets. The collection is available at Henri Bendel, HSN, Scoop, Matches London, and Ron Herman. Sims is also a Global Ambassador for ‘Population Services International’s Five & Alive program,’ which marks health trauma children below the age of 5 and their families. She is also an ambassador for Operation Smile.

Sims is a happily married woman; she and her long-time boyfriend, Scott Stuber has been married since September 24, 2011. The lovely spouse welcomed their first child, a son named, Brooks Alan Stuber on June 19, 2012. She gave birth to a daughter, Scarlett May Stuber, at 41, on born March 25, 2015. On August 9, 2016, she announced that they are expecting their third child. Sims gave birth to a son, Grey Douglas Stuber on January 10, 2017. 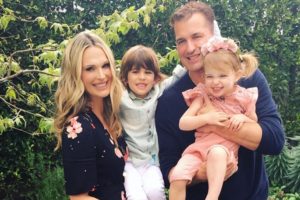 Molly Sims previously dated Enrique Murciano from 2002 to 2003. In 2007, she had a brief relation with Lawrence Bender. And after one year with Bender, she started to be with Jeff Soffer and in 2009, she got with Aaron, with whom she stayed in relation for few months.

During her childhood, she had a big crush on the actor, Paul Newman. She has two dogs named Poupette and Chloe. Sims was spurred on the lips by a bee while on vacation in Hawaii, which sparked rumors that she had received collagen injections.

The 5 ’10” actress has a seductive body measurement of 34-25-35. She is earning a handsome salary from her acting career which adds up her current net worth of $20 Million. Her income source mostly flows from her acting and other works which help her to earn a good salary.