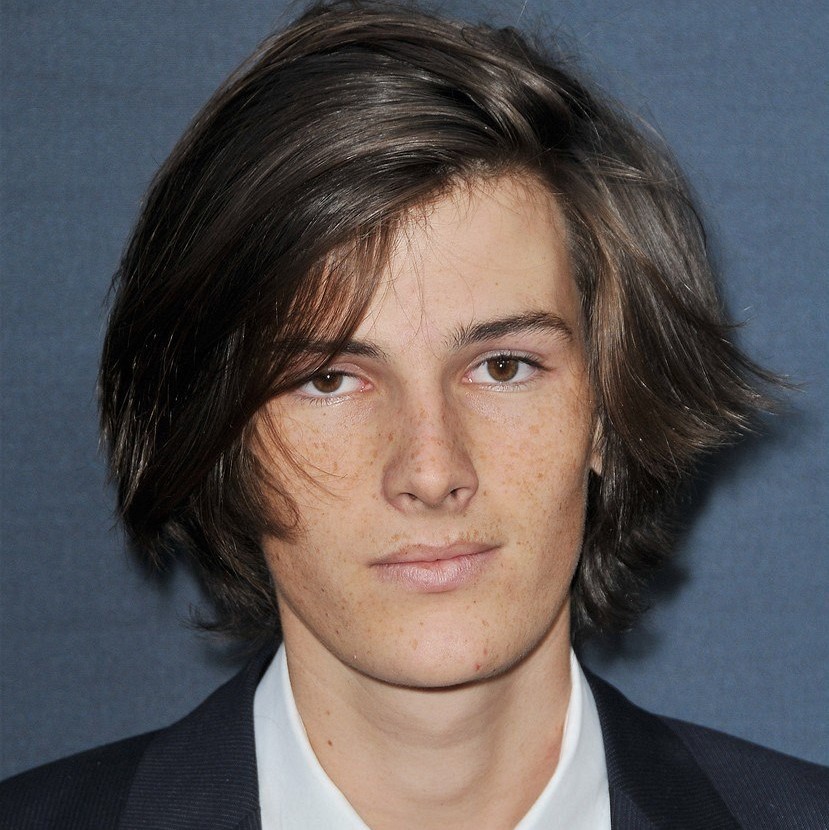 Dylan Brosnan is an American teen sensational model and musician, widely recognized as the son of actor, Pierce Brosnan and journalist, Keely Shaye Smith. He has also modeled for a number of top brands including Burberry and Yves Saint Laurent.

Dylan Brosnan was born on January 13, 1997, in Los Angeles, California, United States. His father, Pierce Brosnan is an actor, film producer, and activist, well known for his work in the television series “Remington Steele”, also for his charitable work and environmental activism. His mother, Keely Shaye Smith is an author, television host, model, actress, and journalist. 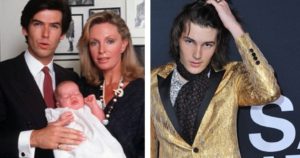 He is the grandson of Thomas Brosnan, carpenter and Mary May Smith, a nurse. Before his parents married in 2001, his father was married to actress, Cassandra Harris but she tragically passed away from cancer in 1991. He has two older brothers, Sean and Christopher, and one younger brother, Paris. His elder sister, Charlotte passed away due to ovarian cancer in 2013. Currently, he is attending USC film school in L.A.

His modeling career began when Hedi Slimane, a French photographer, and fashion designer discovered him on the beach in Malibu at the coffee store. “I WOULDN’T THINK ANYONE WOULD WANT ME TO MODEL FOR ANYTHING. I THOUGHT YOU HAD TO BE SUPER MUSCULAR OR SOMETHING.”

Dylan made his modeling debut in November 2014 at the Saint Laurent Men’s Permanent Collection. Rocking shaggy hair and highlighting his natural freckles. He showed off his more dapper side for a Saint Laurent campaign, looking handsome in a black suit and bowtie.

The campaign introduces a bunch of new models to the fashion world as well as Burberry‘s new item. The campaign was snapped by a famed photographer, Mario Testino. Dylan Brosnan is featured in Burberry’s new spring/summer 2016 campaign, where he has joined along with sisters Ruth and May Bell and British model, Bella Yentob, in which he goes shirtless in one of the designer’s signature trench coats. He is also starred in the pages of L’Uomo Vogue’s summer issue along with his brother, Paris.

He started playing the guitar for a long time, and then he got into songwriting more recently, like four-ish years ago. Then he was in a few bands for a while. But he wasn’t writing songs in any band, none of his material was getting used, so he decided to just record it by himself. 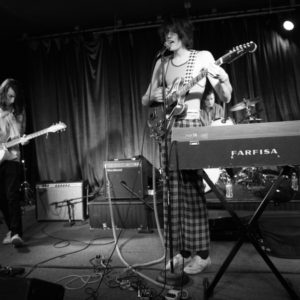 He is in a relationship with his long-term girlfriend, Avery Wheless, a painter, and artist. The couple grabbed the attention, while they were spotted on 15 February 2017. The two looked happy and relaxed as he stepped out to a delicious dinner to celebrate the most romantic day of the year in style.Dylan opted for a low-key, yet stylish, ensemble in a loose-fitting black shirt and matching skinny jeans. 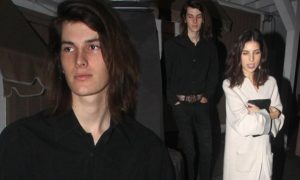 He kept on-trend by breaking up the all-black outfit with a dark brown belt. Avery, kept herself wrapped up in a cream wool trench coat.Gripping tightly onto her black clutch bag, Avery wore her shoulder-length locks loose around her face and completed her date night ensemble with a bold red lip.

This rising star’s income source mostly hails from his modeling and music career. However, his exact net worth is not made available, on the other hand, his father’s estimated net worth has $80 million. He holds an American nationality and belongs to white ethnicity.