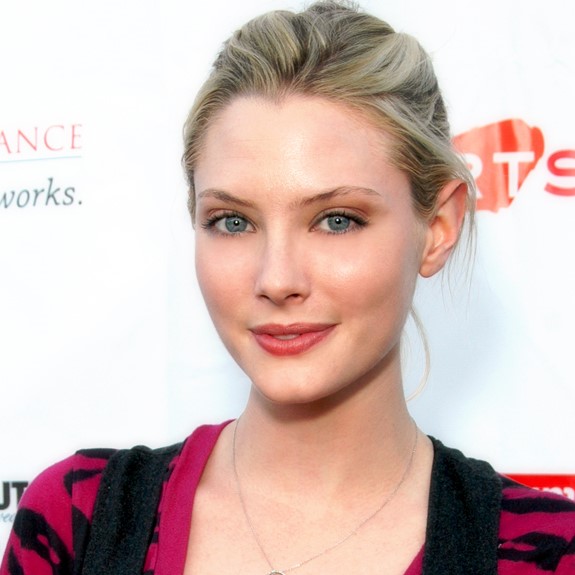 April Bowlby is an American actress, best known for her role as Stacy on “Drop Dead Diva,” and also for her supporting role as Kandi, Alan Harpers quirky, head-in-the-clouds girlfriend, and subsequent ex-wife in the CBS sitcom Two and a Half Men.

April Michelle Bowlby was born on July 30, 1980, in Vallejo, California. Bowlby along with her family moved to Manteca, California, as a child. April read French, ballet and marine biology at Moorpark College, before deciding to pursue an acting career. 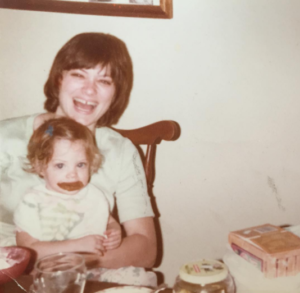 A throwback of young April Bowlby and her mother
Source: Instagram/April Bowlby

April studied drama with Ivana Chubbuck before landing her first role in a television series. After migrating to Los Angels to pursue a modeling career, April noticed a world of comedy, simply by having a down-to-earth nature and a natural ability for making those around her (and behind the camera) laugh.

She began her acting career in 2004 playing, Kaitlin Rackish in “CSI: Crime Scene Investigation” series. The series stopped on September 27, 2015, after 15 seasons, with a feature-length finale named “Immortality.” After completing her drama study, she auditioned for the comedy series “Two and a Half Men,” where she immediately secured the role of Kandi on acclaimed CBS drama comedy Two and a Half Men from 2006 to 2007. Her presence on the show led her to plummet into the heights of fame owing to the extreme popularity of the show. The series was created by Chuck Lorre and Lee Aronsohn.

In 2007, then she appeared American sitcom “How I Met Your Mother” where she played Barney Stinson’s obsessive ex-girlfriend, Meg. The series was nominated for 28 Emmy Awards, winning nine which was created by Craig Thomas and Carter Bays, who also served as the show’s executive producers and were frequent writers.

After appearing numbers television series, she began to appear in films. Her first role Dennis Fallon’s film “All Roads Lead Home,” where she played, Natasha.

From 2009 to 2014, April Bowlby made her appearance in the legal comedy-drama/fantasy television series “Drop Dead Diva,” playing the role as Stacy Barrett, Jane’s/Deb’s longtime best friend and roommate, the first person, who learns that Jane is dwelled by Deb. The series was  produced by Sony Pictures Television and created by Josh Berman and

She has appeared on television series “The Big Bang Theory,” where she is appearing Rebecca. The series was created by Chuck Lorre along with Bill Prady, both of whom work as executive producers on the series, along with Steven Molaro. All three also serve as head writers. In March 2017, the series was revived for two extra seasons, leading its total to 12, and continuing through the 2018–19 television season.

Other Notable Films and TV Series

April Bowlby was in a relationship with a musician, Josh Groban. The two began to date in November 2009 and after one year later, they split up in March 2010. There were many rumors concerning her marriage, it can be very well said from the information obtained so far that she has never been married and she does not have a spouse as of now. Her current relationship status is single. The 5′ 9″ actress has a seductive body measurement of 36-24-35. She resides in Los Angeles. She has natural red hair and blue eyes.

April is one of the well-established actresses. She has appeared in several films and television series. She has already earned attractive amount however her estimated net worth is still unknown to us. April is also active on social networking sites. She holds an American nationality and belongs to white ethnicity.