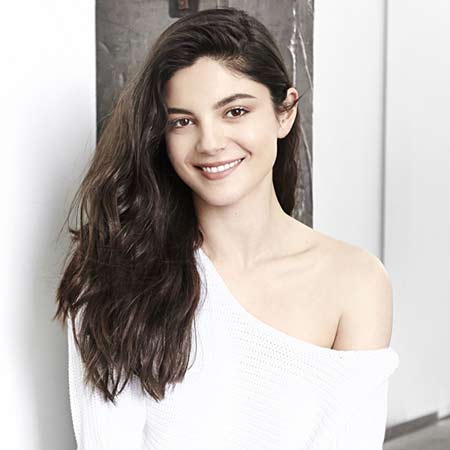 Monica Barbaro is an American actress most known for her role as Yael on the popular series, Unreal. She was also a famous ballet dancer before pursuing her career in acting.

Barbaro got an opportunity to play a role of lead characters in the NBC legal drama entitled, Chicago Justice.

Monica Barbaro was born on June 17, 1990, in San Francisco and grew up in Mill Valley, Calif. She belongs to White American ethnicity and holds the American nationality.

She attended New York University’s Tisch School of the Arts and completed her bachelor of fine arts degree. Further, she first attended her first acting classes at the same University.

The artistic actress, Monica is classically trained ballet dancer and has studied West African Dance, Flamenco, Modern and Salsa dance. After the completion of her general acting classes, she went to study more at Beverly Hills Playhouse.

The proficient actress, Monica was interested in pursuing her career in the field of dance but ultimately her interest changed and she thought of acting. She was enrolled in several acting courses and began her acting from very early days.

Barbaro’s first lead role was in the short film named It’s not about the Nail. In 2015, she featured in one of the episodes of Stitchers. The following year, she appeared with her roles in Hawaii Five-O and Cooper Barrett’s Guide to Surviving Life. Again in the same year, she featured in the second TV series Unreal with a role of Yael along with Craig Bierko, Shiri Appleby, Johanna Braddy and Freddie Stroma.

Recently in 2017, the talented actress played a lead role as Anna Valdez in NBC legal drama series, Chicago Justice opposite Jon Seda, Joelle Carter, and Philip Winchester. As of 2018, Monica will feature as Cara Vasquez in the famous drama series, The Good Cop.

Barbaro is in a relationship with Connor Tillman. Her boyfriend, Connor has supported her in every phase of her life.

As Monica is pretty uptight in sharing her personal details to the outer world which includes media and public she has not confirmed about her relationship with Tillman.

The renowned actress, Monica Barbaro has earned an astonishing amount of salary from her professional acting career. As she has started her career just from 2015 there’s yet to make a mark in the film industry.  As of now, her net worth is under review.