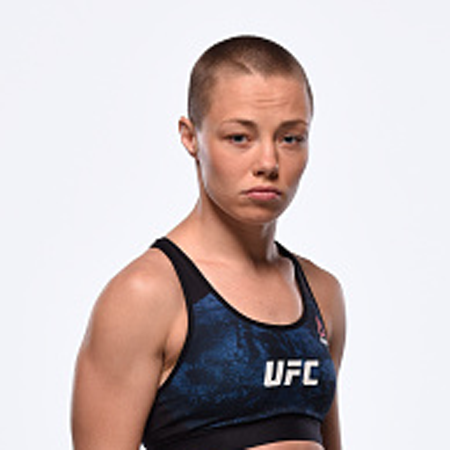 Rose Namajunas is a well known American mixed martial artist signed to UFC. She is the reigning champion of the women’s star-weight division.

Namajunas is engaged with her training partner of Glory, Pat Barry. The duo dated for some years before taking their relationship to the next level.

Rose Gertrude Namajunas aka Rose Namajunas was born on 29th June 1992, in Milwaukee, Wisconsin, U.S. She is the daughter of Lithuanian and her father had schizophrenia which is why she went through a violence and abuse during her early age.

Namajunas joined Taekwondo when she was only five and eventually garnered the poom belt or junior black belt when she was nine. She then joined karate and jiu-jitsu and eventually went on to practice Kickboxing and mixed martial arts. Rose attended Milwaukee Highschool of the Arts and played as a senior year wrestler there. Later, she went to Minnesota Martial Arts Academy.

Rose began her career in 2010 as an amateur competitor in MMA. She took her training under Greg Nelson. During her amateur year, she made a record of 4-0 in the first round.

Namajunas began started playing as a pro after securing the victory against Emily Kagan at Invicta FC 4: Esparza vs. Hyatt. Winning the pro match she earned the Submission of the Night bonus. Followed by the professional appearance she went on to win the several fights such as Invicta FC 5: Penne vs. Waterson, UFC 192 and UFC on Fox 19.

As a skillful fighter, Rose rarely forfeit any fight. She has been defeated in the total of 3 events throughout her countless appearance till the date. In 2013, she joined the Ultimate Fighting Championship and reached the final of The Ultimate Fighter season 20.

In 2017, she knocked out the undefeated MMA champion, Joanna Jedrzejczyk two times. She eventually won the fight by KO in the first round of UFC Women’s Strawweight Champion. Her first knockout victory became one of the biggest upsets in UFC history.

Rose is in a romantic relationship with boyfriend, Pat Barry an American Kickboxer and former UFC heavyweight champion. The duo got engaged after being together for quite a long time.

Sharing the same passion they are quite bonded with each other and spend most of their time together. Seeing the couple having their best time while training or practicing, they set an example that one doesn’t need to go dating and a nice place to have a romantic and fun time with their partners.

Rose has well established herself as a UFC Women’s Strawweight Champion. Her current estimated net worth is $500 thousand. She also makes a lot as a bonus she earned from being a Performance of the Night a number of times. No doubt she makes an astonishing amount of money from her career.

In 2014, she won two seasons $25,000 bonus as an award for Performance of the Season and Fight of the Season. She has well managed her living standard and is enjoying her fortune.