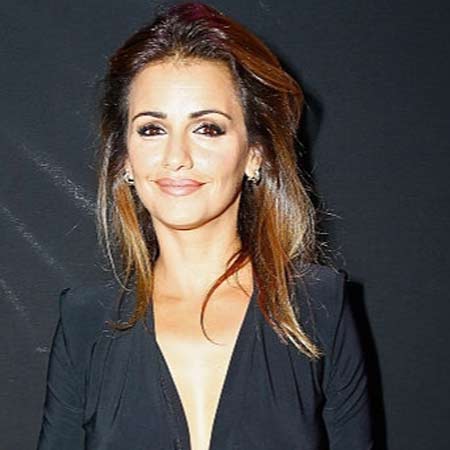 Monica Cruz is a Spanish actress better known for portraying the roles in the different movies such as Iron Cross and Jerry Cotton. Moreover, she is also a dancer who toured with Joaquin Cores flamenco dance company for seven years.

Cruz is the younger sister of Penélope Cruz. Cruz is not married yet but she previously dated a few guys including  Álex González, Paolo, Fabián Mazzei and Miguel Ángel Muñoz. Furthermore, she also has a daughter named Antonella Cruz Sánchez.

Monica Cruz was born on March 16, 1977, in Alcobendas, Spain as Mónica Cruz Sánchez. Her mother Encarna Sánchez was a hairdresser and father Eduardo Cruz, a retailer and auto mechanic. She spent her whole childhood in Alcobendas.

Cruz grew up along with her elder sister Penelope Cruz who is also an actress and a younger brother Eduardo Cruz a singer. In 1999, her parents divorced and her father remarried Carmen Moreno in 2003. Cruz has a younger sister Salma Cruz from her step-mother.

Cruz and Penélope both decided to become professional dancers. So, Cruz attended The Royal Academy of Dance in order to study traditional ballet and flamenco. However, her sister Penélope attended Spain’s National Conservatory.

Soon after completing her graduation, Monica Cruz joined Joaquín Cortés’ flamenco dance company. She stayed with the company for seven years and left in 2002 in order to pursue her career in acting. Well, in 2005, Cruz made her first television appearance through Spanish television show Un Paso Adelante alongside Beatriz Luengo, Miguel Ángel Muñoz, Pablo Puyol and Silvia Marty.

Similarly, in the same year, Cruz further appeared on the movie Last Hour as Rosa Mulero. After that in 2006, she appeared in the movie The Inquiry as Tabitha. In the same way, Cruz portrayed the role of Mary Carmen Maya in 2007 movie Caminando.

In 2008, Cruz starred in two movies including All Inclusive as Clemencia and also in Asterix at the Olympic Games as Esmeralda. Cruz continued her acting career, as in 2009 she played the role of Irma in the movie 9 meses.

However, Cruz came to fame after she starred as Malena in 2010 movie Jerry Cotton. Moreover, she further raised to fame after appearing as Gaby in 2011 movie Iron Cross.  Likewise. in 2011, she covered the role of her sister as Angelica in the movie Pirates of the Caribbean: On Stranger Tides because of her sister’s pregnancy.

In 2017, Cruz starred in the music video of British band Jamiroquai’s “Cloud 9” on their album Automaton.

The 40 years old renowned actress, Monica Cruz is not married yet. However, she previously dated a few guys. In 2002 Cruz started dating Miguel Ángel Muño but they separated in 2005. After that, she was romantically linked with Fabián Mazzei from 2005 to 2006.

Furthermore, she also dated Paolo for four years from 2006 t0 2010. Even several breakups didn’t stop Cruz from falling for someone. Well, from  2011 to 2013, she dated Álex González. However, she is currently single and there are no any rumors of her any relationships too.

Moreover, Cruz also has a German Shepherd dog which costs $500 to $2000 and also a Cockapoo which costs around $1300. Cruz is often seen hanging out along with her friends and visiting new places. So analyzing her lifestyle, she is sure to be living a lavish life.