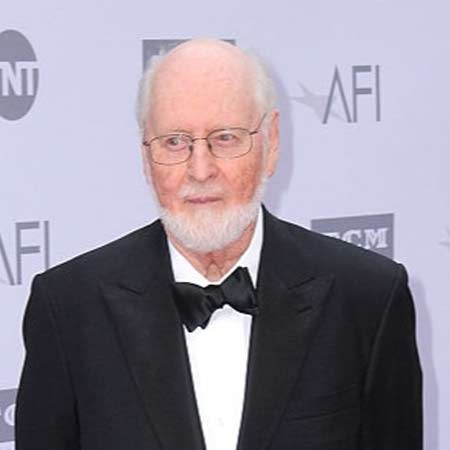 John Williams is one of the widely recognized personalities in the cinematic history. He is an American composer, conductor, and pianist who has won 24 Grammy Awards, five Academy Awards, four Golden Globe Awards, and seven British Academy Film Awards.

John Towner Williams was born on 8th February 1932, in Floral Park, New York, to Johnny Williams and Esther Williams. His father was a jazz percussionist. He also has two brothers, Jerry, Donald and a sister Joan Williams.

John Williams attended North Hollywood High School and graduated from there in 1950. Afterward, he joined the University of California where he studied privately with the Italian composer Mario Castelnuovo-Tedesco.

Moreover, Williams also attended Los Angeles City College for almost one semester. Not only that, he also joined U.S Air Force in order to arrange music for the U.S Air Force Band as a part of his assignments.

After serving for U.S Air Force, Williams moved to New York in 1955 and joined Juilliard School. At Julliard, he learned piano with a professional pianist, Rosina Lhevinne.

John Williams came to the exposure after working as an orchestrator at film studios. During that time, he worked with several talented composers including Bernard Herrman, Alfred Newman, and Franz Waxman where he also recorded the film score’s of 1959’s Peter Gunn, 1962’s Days of Wine and Roses, and 1963’s Charade.

Following his field of interest, later Williams started composing music for the films. His music became popular at a brief time. He composed music for movies such as Superman, StarWars, Harry Potter, Jurassic Park, Home Alone and so on. Besides, he also composed music for NBC news productions, Sunday Night Football, and The Nightly News.

John Williams has worked for almost six decades as a composer and pianist. Throughout that time, he has been nominated for 46 Academy Awards, 3 Emmy Awards, 21 Golden Globe Awards, and 44 Grammy Awards. In addition, he also received 7 British Academy Film awards. By 2000, he became the Hollywood Bowl Hall of Fame.

However, the tragic end came to their relationship after the death of Barbara Ruick. Later, Williams married a photographer, Samantha Winslow in 1980. Since then, the couple has been living together. The couple does not share any children from their relationship.

Six decades of hard work has really paid the composer, pianist, and conductor. John has devoted his all of his life in music and has spent more than 60 years of his life. He has earned wide recognition and fame and also several awards and honors till date. He has composed several songs through which he obtains a good sum of money.

Moreover, Williams has also given music in some of the hit movies such as Superman, Jurassic Park, Star Wars, Schindler’s List, etc. Furthermore, his music fans can be found all around the globe.

Allocating information from several sources as of 2018, it is found out that his estimated net worth is around $100 million. The 86 years old talented artist is still strong enough. He attends various events along with his wife.