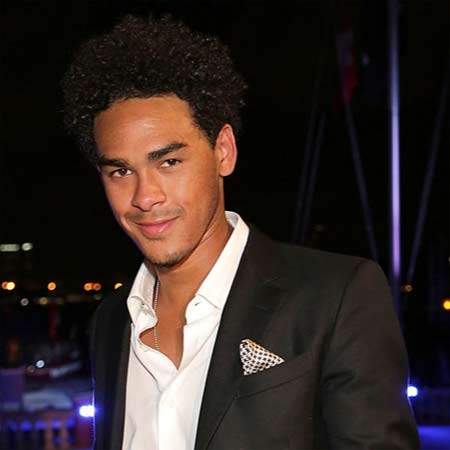 Trey Smith is an American reality star who has featured in two episodes of the series All of Us. He has also appeared in the music video entitled Just the Two of Us and even featured in The Will Smith Music Video Collection.

Further, Smith is famous for being the son of Will Smith, an actor, and a rapper. He is the stepson of Jada Pinkett Smith, a renowned actress.

Trey Smith was born on 11th November 1992, in Los Angeles, California to Will Smith and Shree Zampino. His father is a famous actor. He is the half-brother of Jaden Smith and Willow Smith. He holds the American nationality and belongs to Afro-American ethnicity.

Smith attended Oaks Christain High School. He used to play football with Joe Montana during his high school. Later he joined Northern Arizona University where he was offered a football scholarship in 2010.

The proficient reality star has appeared in two episodes of the TV series named All of Us. He has also featured in the music video for his father’s 1998 single named Just the Two of Us. The following year, he also starred in The Will Smith Music Video Collection. Moreover, he has more than 188k followers
on Instagram.

In 2008, he featured in the short movie entitled The Speech. Smith’s father and uncle opened a company in Beverly Hills named Treyball Development Inc, named after him.

As Trey is pretty uptight in sharing his details to the outer world including media and public, his dating and relationship status is yet to be revealed. He is not found dating anyone and is still single.

It looks like Trey doesn’t want to be the part of any controversy. Although his several fans follow him regularly as he is a secretive person he has managed to keep his information secret. Though he is not involved in any relationship, he often posts pictures with his mother, Sheree Zampino.

The talented reality star is living a lavish life. As an actor and a musician, he is supposed to have a whopping income. But his salary per movie is yet under review. Trey Smith’s net worth is reported to be around $2 million.