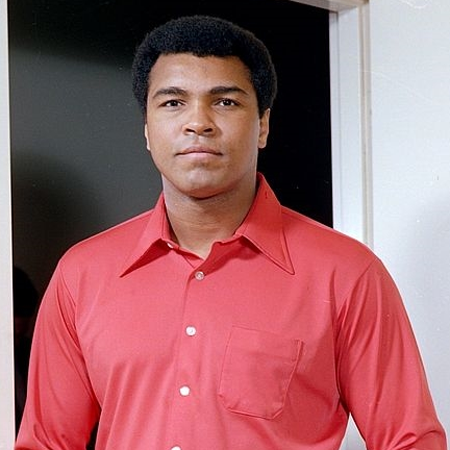 Muhammad Ali was an American professional boxer, athlete, heavyweight champion and activist, famous as one of the most outstanding and significant celebrated sports figures of the 20th century.

Muhammad Ali was born as Cassius Marcellus Clay Jr. on 17th January 1942 in Louisville, Kentucky. He was born to father, Cassius Marcellus Clay Sr. and mother, Odessa Grady Clay and grew up along with his five siblings. His father was named in honor of the 19th-century Republican politician and staunch abolitionist whereas his mother was a domestic helper. 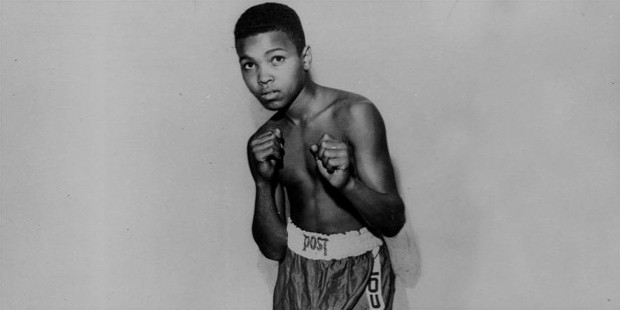 When Ali was at the age of 12, his bicycle was stolen and as he told a police officer that he was going to thrash the thief. The police officer told Muhammad that he better learn how to box first which touched his string of heart and eventually after seeing amateur boxer on a local television called Tomorrows’ Champions. As Ali interest was in fighting for fame, fortune, and glory, he started an amateur career and started training with Chuck Bodak.

Muhammad made his amateur boxing debut in 1954. He won the National Golden Gloves Tournament of Champions, Amateur Athletic Union’s national title for the light-heavyweight division which led him to make a professional debut on 29th October 1960.

He won the first three bouts to face Zbigniew Pietrzkowski from Poland and earned the first gold medal and garnered “Hero” status at the US Olympic boxing team.

Muhammad also defended the former heavyweight champion Floyd Patterson on 22nd November 1965. He also defeated well-known boxers such as George Chuvalo, Henry Cooper, Brian London, Karl Mildenberger, Cleveland Williams, etc. in the following year. In March 1966, Ali refused to be inducted into the armed forces which systematically denied his boxing license in every state and also stripped of his passport.

Ali was suspended from boxing from March 1967 to October 1970. After getting suspended for few years, he granted a license to box by the City of Atlanta Athletic Commission on 11th August 1970. He made his first return bout against Jerry Quarry on 26th October and won after three round.

During Ali’s career, he was regarded as one of the leading heavyweight boxers of the 20th century and remained the only three-time lineal heavyweight champion. His achievement in the heavyweight title bouts in modern boxing history at the age of 22 was unbeaten for more than 35 years.

Muhammad earned wide recognition and fame during his career. He won several titles and prestigious awards and honors for his outstanding boxing skills. His notable fight during his career was the Fight of the Century, Super Fight II, Thrilla in Manila and The Rumble in the Jungle.

After spending 27 years in boxing, Ali retired at the age of 39 in 1981. He decided to give his much of his time for family after retirement and made public appearances limited.

Muhammad married four times in his life. Firstly, he got married to Sonji Roi, a cocktail waitress, on 14th August 1964 after dating for a month. Being the wife of Muslim religious, Muhammad Ali, she refused to adhere to strict Islamic dress and behavior codes, the couple quarreled and argued several times which eventually led to divorced on 10th January 1966.

Secondly, Ali married to Belinda Boyd on 17th August 1967. Belinda converted her religion to Islam and changed her name to Khalilah Ali. The couple welcomed four children named as Maryum in 1968, twins Jamillah and Rasheda in 1970 and Muhammad Ali Jr. in 1972.

Thirdly, Muhammad married to Veronica Porche, actress and model, in 1977. The couple welcomed two children named as Hana and Laila Ali. The couple finalized their divorce in 1986. On 19th November 1986, Ali married to Yolanda Williams, friends since 1964. The couple adopted a five-month-old son Asaad Amin.

American professional boxer, athlete, a heavyweight champion, Muhammad Ali, died at the age of 74 from septic shock on 3rd June 2016. His death news was the number one trending topic on Twitter and Facebook. His death news was extensively broadcast on ABC News, BBC, CNN, Fox News, etc.

Ali sold the rights to his name and image for $50 million. He also held 20% interest in his licensing which is $7 million per year in revenue. Beside his income, he also earned the huge sum of money through several endorsement deals. He had an endorsement contract with reputed companies like Adidas, Mr. Porter, EA, Toyota, and much more. As per 2017, it is estimated that his current net worth is around $60 million.