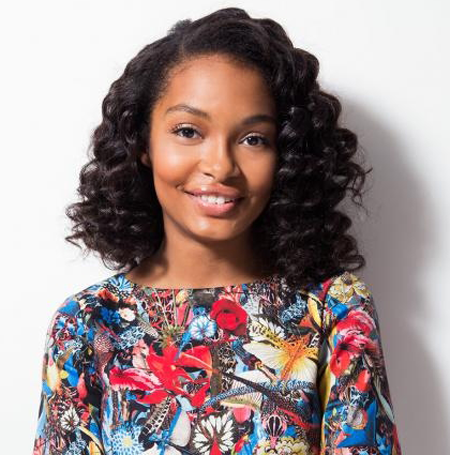 Yara Shahidi is a young American actress, and model. She is renowned for playing Zoey Johnson on the American sitcom, Black-ish. Similarly, she is one of the prominent actresses of the 2010 film, Salt where she portrayed a role of Salt’s Young Neighbor along with talented actress, Angelina Jolie.

Being the sexist model, Yara seems not interested in getting involved in love affairs. To date, she is living a single life and appears to be focusing on her career and education.

She is the older sister Sayeed Shahidi and Ehsan. Her brother Sayeed is also an actor and model who starred alongside with Yara on the television series, The First Family.

Yara and her family went to California when she was at the age of 4. By six, she started appearing in the commercials usually for fashion. She appeared on the television and print advertisement for well-established companies such as McDonald’s, GapKids, Disney, Ralph Lauren, Target etc. Moreover, Yara also worked along with her mother and younger brother in broadcast campaigns and various prints.

Yara Shahidi made a film debut in 2009 after appearing in the multiple television commercials. She starred opposite of American comedian actor, Eddie Murphy in the film Imagine that as Olivia Danielson. With her first film appearance, she made a deep impression. For the role Olivia, she received a Young Artist Award nomination for the best performance.

In the same year of her film debut, Yara also appeared in the television series, In the Motherhood, Cold Case, and Wizards of Waverly Place. The following year, she made an appearance in the films and television series comprising, Salt, Rip City, Alex Cross, The First Family, Bad Teacher and so on.

The gorgeous young actress came to highlight after starring in the ABC’s prime time comedy series, Black-ish in 2014 as Zoey Johnson for which she won an NAACP Image Award in the category of ‘Best Supporting Actress. In 2016, Yara Signed to the modeling agency, New York’s Women Management in hope of providing a platform to the woman of color in diverse roles.

Lately, Yara has announced that she will be attending the Harvard University. She has also appeared in the 2018 movie Grown-ish as Zoey Johnson.

The 17 years old, Yara Shahidi is named as one of the hottest and sexiest models of the United States. She has won the heart of thousands of people through her incredible acting talents and her admirers are willing to know about her relationship.

However, she seems not interested in getting involved in love affairs. To date, she is living a single life and appears to be focusing on her career and education.

The beautiful and talented, Yara Shahidi makes a decent amount of money from her acting and modeling career. By the age 17, she made an appearance in the 15 television series and 6 films. In addition, she has also appeared in the renowned magazines such as Essence, Heed, and Kontrol.

Moreover, Yara also receives a good sum of money from several fashion lines and brands as an endorsement. Allocating information from several sources as of 2018, it is estimated that her net worth is around $1 million.