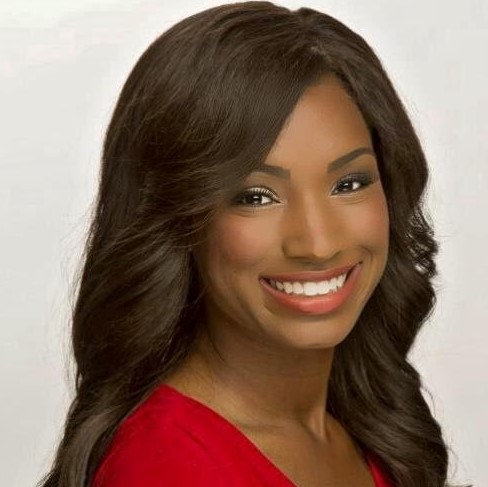 Nadia Crow is an American television news reporter, who is well known for being the first African American news anchor for Salt Lake City, Utah. Having active in this field since 2006, she has contributed several channels such as CONNECT, WSPX, WAER Radio, WSYR, News Channel 9, KCPQ-TV Q13 FOX, and much more.

Nadia Crow has always had the desire to travel. She spent a semester studying abroad in Madrid, Spain. While abroad, she traveled Europe and Northern Africa experiencing and learning about cultures different from her own. She went to Downers Grove Public High School and she finished at what is now Plainfield Central High school.

Nadia Crow grew up watching Tamron Hall when she was on Fox Chicago and Soledad O’Brien for many years and it really left an impact on her. She started her journalism career at Syracuse University where she held various positions on campus stations and newspapers before graduating.

She spent the last three months of her collegiate career, starting her professional career working as a part-time reporter at WSYR News Channel 9 from January 2008 to April 2008.

Then, at the age of 22, she worked at WSJV in May 2008 in South Bend, as a lead weeknight reporter, delivering breaking news live hits. She was also responsible for weekend planning, Upload text, video to the web.

On July 2010, she went to join KCRG TV9 News in Cedar Rapids, Iowa where she served as a weekend anchor and reporter. She spent three years waking up bright and early to deliver the weekend morning news.

On June 2013 she was hired by Utah’s Channel 4 news director George Severson, initially to co-anchor the 4 p.m. newscast, to anchor the 10-minute newscast weeknights on sister station KUCW Channel 30, and to provide field reports.

After serving three years there, she went KCPQ, Seattle Washington’s Fox affiliate in July 2016, where she is currently serving as an anchor and reporter.

Nadia Crow is one of the successful journalists. She has earned great name and fame in this field. She is also considered to be a well-paid anchor at KCPQ, Seattle Washington’s Fox affiliate. However, her estimated net worth is still unknown to us.