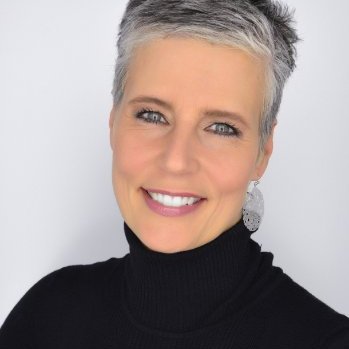 Nancy Regan is a Canadian actress, reputed journalist, news anchor, and TV personality. She is best known for her fifteen-year shift as the host of CTV’s Live at 5, a live news and general interest TV program achieving more than a fourth of a million watchers daily. She is also a Professional Master of Ceremonies, Speaker, and Communication Coach.

Born on 19 March 1966, Nancy Margaret Regan grew up in a political family. She is the second daughter of former Premier of Nova Scotia, Gerald Regan and Anita Carole Thomas (née Harrison). She has two sisters, both actresses Laura Regan, and Nova Scotia MP and one brother, Geoff Regan, who is the now Member of the Canadian House of Commons.

Born and raised in Halifax, Nova Scotia, Canada, Nancy’s maternal grandfather, John Harrison, was a Member of Parliament from Saskatchewan.  She attended St. Francis Xavier University and graduated with a BA degree in 1988.

Nancy Regan has a diverse work and her talent ranges from television hosting to MCing, to speech coaching and acting. However, her popularity is mainly credited for hosting CTV’s Live at 5 show for straight 15 years.

In 1986, Nancy was crowned Miss Nova Scotia and attended the 1987 Miss Canada in Niagara Region, Ontario.

She has also served as the national host of “Good Morning Canada” for a short period of time. Nancy has taken various interviews of famous celebrities of the entertainment industry such as Oprah, Madonna, and Harrison Ford to name a few. She has also interviewed many business leaders and executives. 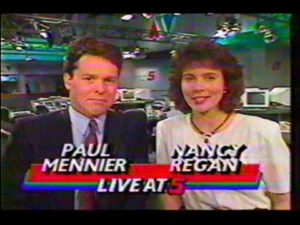 As a host and television journalist, Regan appreciates getting the news from the iconic celebrities and makes the viewers engage with her moves and hot talks. Being a visual medium to convey the news and messages, it has become the best form of entertainment move to gain the attention of the viewers around the world.

As an actress, Nancy has appeared in a number of movies like Reversible Errors (2004), “Trailer Park Boys: Don’t Legalize It” (2014), Ice Castles (2010), Workin’ Man (2004), Snakes & Ladders, Pilot (2004), Martha, Inc.: The Story of Martha Stewart and Loving Evangeline. She has performed extremely well in these films and has received many positive reviews from the critics.

She played Sportscenter Host #2 in “Swearnet: The Movie” and Mary in “Haven” (TV Series). She also appeared as Regionals Female Commentator in “Ice Castles”‘ as Hotel Manager in “A Christmas Wedding”; as TV Anchor Madge in “The Hunt for the BTK Killer”; as Doctor in “Beach Girls” (TV Mini-Series)

Nevertheless, Nancy is also a writer and has written many books on different topics. Some of her books are: “The Gold Standard: A Fifty-Year History of the CFA Charter”, “The RCM Solution: A Practical Guide to Starting and Maintaining a Successful RCM Program” (Published- May 15, 2012), and “The Institute of Chartered Financial Analysts: a Twenty-five Year History 1987.”

Nancy Regan was married to Geoff Machum in 1994 and their relation ended in 2003. She has two children Andrew and Mathew Machum. According to the source, she has not married anyone after her divorce and continues to stay as a single mom. 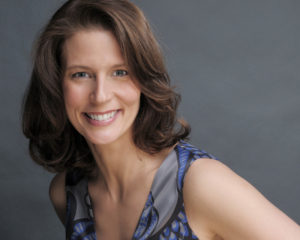 Being a public figure and leading life peacefully is really challenging both professionally and privately, she says. This is why many reporters and television hosts end up their life in divorces and many suffer various health troubles. On the other hand, reporters and anchors are pushed to smile and cheer up in the silver screens while hosting the events. Getting a regional face and becoming a celebrity affects the reporters in all aspects of their life and they compromise everything for their job, Nancy explained.

Nancy Regan has experienced many terrific situations and she has been in the spotlight of the public eye most often. Her father Mr. Gerald Regan is a Nova Scotia Premier who has been accused of 16 sex-related crimes during the year 1995. Likewise, Nancy was haunted by a psychologically sick person in the previous year.

As of now, there is no exact information about Nancy Regan’s net worth. However, Nancy, who is the St. Francis Xavier University alumni is believed to have a well managed and well-settled life. Currently, she is the President (sole employee) at Nancy Regan Inc. in Halifax, Canada Area.