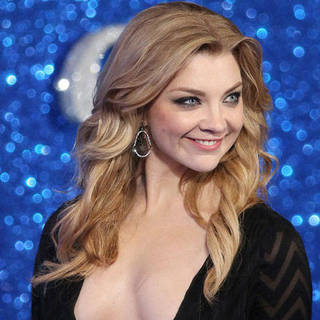 Natalie Dormer is a NewNowNext Awards winning actress. She is well known for her role as Margaery Tyrell on the hit HBO series “Game of Thrones.” Having active in this industry since 2005, she has nominated for several awards such as Monte-Carlo TV Festival, Gemini Awards, and Screen Actors Guild. She is currently living a blissful life with her fiance Anthony Byrne.

Natalie Dormer was born on 11 February 1982 in Reading, Berkshire, England. After her parent’s divorce, she was raised by her mother and stepfather. She has two siblings named Samantha Dormer and Mark Dormer. Dormer enrolled Chiltern Edge Secondary School. Then, she moved to Reading Blue Coat School, historically an independent boys’ school that admits girls in the sixth form.

At school, Dormer was head girl, a first class student, vice-captain of the school netball team, and traveled the world with her school’s public speaking team. During her school years, Dormer instructed in dance at the Allenova School of Dancing. Soon, Dormer decided she would audition for drama schools and decided to train at the Webber Douglas Academy of Dramatic Art in London.

After completing her graduation, Natalie Dormer began her acting career in 2005 playing Victoria in the film” Casanova.” At the same years, she made her appearance in the TV series ” Distant Shores” playing Mobile Woman.

Her breakthrough role came when she appeared in the Michael Hirst’s historical fiction television series “The Tudors.” In this series, she played Anne Boleyn from 2007 to 2010, which she received highly positive reviews. For her role in this series, she able to hold two nominations such as Monte-Carlo TV Festival and Gemini Awards.

In March 2010, Natalie Dormer debuted her stage at the Young Vic theater in London as Mizi in the play Sweet Nothings. After playing Mizi six months, Dormer went on to film some new roles, including the Duchess of York in Madonna’s film W.E., Pvt. Lorraine in Captain America: The First Avenger, and Niamh Cranitch in the BBC court drama Silk.

Natalie Dormer appeared in the American fantasy drama television series ” Game of Thrones” which was created by David Benioff and D. B. Weiss. In which she appeared the wealthy Tyrell family, which primarily represented at court by Margaery Tyrell.

She has also been chosen for a Screen Actor’s Guild Award for her performance in Game of Thrones.

Her upcoming film “Patient Zero” is an upcoming British-American fantasy-horror thriller film. The film is directed by Stefan Ruzowitzky and written by Mike Le.

Her another film “The Professor and the Madman” is an upcoming American-Irish drama film, based on the book The Surgeon of Crowthorne by Simon Winchester. The film’s title is taken from the edition of the book released in the U.S. and Canada.

Natalie Dormer engaged to Anthony Byrne in 2011. Their relationship news began to buzz in 2007. In fact couple first met the director Byrne in 2007 during her filming of the series “The Tudors.” It seems very strange of Natalie to hold with the only guy she loves. She hasn’t been circled gossips with other guys.

Besides that, she is very involved or fond of poker game. She was seen to take part in 2008 poker game in partypoker.com where she held second. The atheist star opens up about her supernatural belief as she says that she wouldn’t recall seeing ghost visiting her. Lately, in 14th of January, she was seen with a bulging belly which made many suspicious if she is really expecting babies, but she has not herself confirmed the news.

Natalie Dormer has a great name and fame in this industry. She is one of the successful actresses and in 2015, she featured Women’s Health magazine.

She is considered one of the richest actress having $ 6 million net worth. Her most of income source hails from her endorsements and acting career.