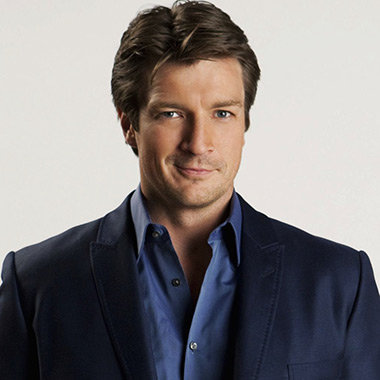 Nathan Fillion was born on 27th March 1971. He is an actor and is renowned as a voice actor for his role on  the Castle, ABC series . He gave his voice for the role of Richard Castle. He is a great actor and has thousands of fans all over the world. He has also given voice in several video games.

Being born in Edmonton, Alberta, Canada, Fillion is the youngest son of father Bob Fillion and mother Cookie. His both parents were English teachers. Fillion went to Holy Trinity Catholic High School for his high school study. After completing his high school, he joined Concordia University College of Alberta and the University of Alberta. In the university, he was a member of the Kappa Alpha Society. Jeff Fillion is his older brother. Jeff is a teacher and has taught in schools in Edmonton, Alberta. He also became a principal at St. Richards Edmonton Catholic School and made a movie with the kids and that’s where Nathan got to do the introduction.

He had a passion for acting since his childhood and did many plays and theaters during high school. Later in 1994, Fillion flew to New York City to fulfill and live his dream of being an actor. He acted as Joey Buchanan in the soap opera titled “One Life to Live”. His act was outstanding and was nominated for the Daytime Emmy Award for Outstanding Younger Actor in a Drama Series in 1996. Later he appeared in the sitcom Two Guys, a Girl, and a Pizza Place. He also played as Caleb in the final season in the five episodes of the series Buffy the Vampire Slayer in 2003.

Fillion was awarded by the Academy of Science Fiction for the Cinescape Genre Face of the Future – Male, for his acting in the series “Firefly”. The series was science fiction and was directed by Joss Whedon. He did a role of Captain Malcolm Reynolds. He also grabbed the Syfy Genre Awards in 2006 for Best Actor/Television. He had lent his voice to the many animated series like “King of the Hill” in 2001, “Justice League Unlimited” in 2005 and 2006. Fillion has also given his voice for several video games including Halo 3, Halo 3: ODST, Halo: Reach, Halo 5: Guardians and Jade Empire. Halo is one the most popular video game in the gaming industry.

In 2007, Fillion acted in the movie called “Waitress”. The movie was a romantic comedy and it was directed and written by Adrienne Shelly. The movie grossed $22125001 in the worldwide sales and $29.22 million in rentals. He also starred in “White Noise 2: The Light” and made one appearance in the 2006-2007 season of the television series “Lost”.

He starred as the Richard Castle in the ABC television series “Castle” in March 2009. In the same year, he was nominated for Satellite Award for Best Actor-Television Series Drama for his acting in Castle. In 2012, he showed up in the web series “The Daly Show” in episode “The Daly Superheroes”. Currently, he has been working together with Alan Tudyk for the web series titled “Con Man”. The series is based on the true story of their experiences on the convention circuit after Firefly.

He has many fans not only because of his acting but also due to his great body and height. He has a large number of female fan followers in comparison to male fans. He is 6 feet 2 inches tall and weighs 75 kg. He has a broad chest measuring 41 inches and waist 33 inches. His eye color is blue. Fillion is also active in social sites like facebook, twitter, and Instagram. Among these sites, he seems to be very active on twitter. He keeps on updating his recent activities and uploading his pictures. He has millions of followers on his twitter account.

While talking about his personal life, he has been with many women. He has been in many relationships with many women. His most known affair was with Felicia Day and Kate Luyben. He also stayed in a living relationship with model/actress Perrey Reeves. The couple married in 2005 but unfortunately, their marriage life didn’t last long. They separated after the four years of their marriage in 2009. Then after that, he was with his co-star Stana Katic. They were working together in the series Castle. Currently, it has been known that he is in the relationship with Mikaela Hoover.

Recently it has been revealed that he has been dating with George Clooney’s Baywatch babe ex-lover Krista Allen. According to the news, an insider told that they met a few months ago through their friends and has been meeting frequently after that. Both of them seems to be quite happy with each other. They have posted their Halloween picture, where Fillion is dressed as a Minotaur and Allen is dressed as his horned forest, Nymph Lover.  Talking about his net worth, according to the sources it has been revealed that he has a net worth of $18 million.

Being one of the popular actors in the industry, he is also one of the most searched celebrities for the biography. His biography can be found in many different sites like Wikipedia, IMDb, Wikipicky, etc.