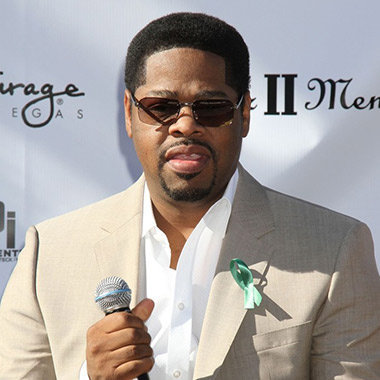 Nathan Morris is an American singer and a businessman who is best known as a founder of R & B vocal group Boyz II Men and has been working in the industry since 1985.

Solace in the Church Choir

Nathan Morris is a famous singer and a businessman who belongs to American nationality. Born on June 18, 1971, Morris is well known as a founder of Boyz II Men, an American R & B vocal group best known for emotional ballads and a cappella harmonies. He has been actively working in the American music industry since 1985 with the band.

Born in Philadelphia, Pennsylvania, he completed his high school education from Philadelphia High School. He was accepted into the school for the creative & Performing Arts. Nathan’s childhood days were full of fightbacks as his father left when he was just ten years old. Nathan started to sing in church from childhood days and from that time he was deeply into music.  Nathan can sing various genre of music such as soprano, baritone, and tenor. His passion for music was discovered by his vocal teacher when he was in grade four.

Nathan Morris and his other friends Shawn and Wanya Morris formed the band Boyz II Men in 1988and recorded their first track in 1989. During history class, Nathan started singing aloud and Marc Nelson joined him which led to the formation of band Boyz II Men. Since then the group has released 10 studio albums. The group came into the limelight after their hits including “Motownphilly”, “End of the Road” and “On Bended Knee” was released. Their other hits include: “I’ll Make Love to You”, “It’s So Hard to Say Goodbye to Yesterday. Their one of the success track is “One Sweet Day” which was maintained position on top of the Billboard Hot 100 for sixteen weeks. The group was named as Billboard magazine’s 4th most successful musical group during the 90s. Their new latest album was released in late 2014 and the group made an appearance in the 1992 TV movie The Jackson :An American Dream.

The group had worked with various record labels including Motown, Universal, Arista, MSM and Decca and had been associated with various acts such as L.A. Reid, Tim & Bob, Brandy, Uncle Sam, 112, New Edition and Vivian Green. Recognizing their contribution, the group was induced with the Hollywood Walk of Fame on January 5, 2012.

Nathan Morris is considered as the one of the important members of the band and the band has released more than ten studio albums including Throwback, VOl.1 (2004), The Remedy (2006), Love (2009), Twenty (2011) and Collide (2014). Throughout their career, the group has collaborated with various well-known artists of Hollywood including Michael Jackson, Mariah Carey and Justin Beiber.

Morris has also gained name and fame as a business man and has made net worth of $60 million. Currently, he seems to have a luxurious life and has been touring various parts of the world, performing on the stages along with his band.