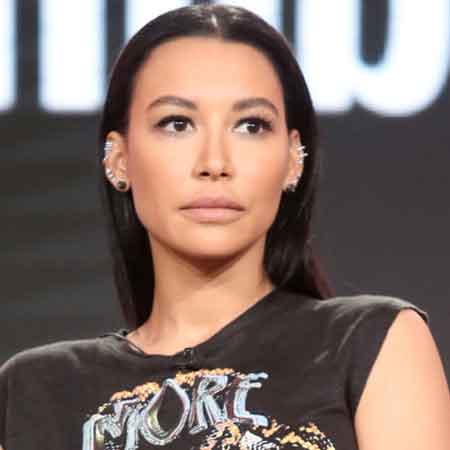 Naya Rivera is an American actress and singer. She is popular for her portrayal of Santana Lopez in the hit Fox Tv series, Glee. She has played in numerous Tv series and movies. The actress has also won many awards including Alma Awards, People’s Choice Awards.

The actress is a married woman. She tied the knot with husband Ryan Dorsey. However, their relationship is now on the rocks as Rivera has filed for a divorce. To get more details about the divorce, married life, dating, relationships, early life, husband, boyfriend, affairs, education, career, net worth, house, car collection; keep scrolling.

The actress was born on January 12, 1987, in the Valencia neighborhood of Santa Clarita, California to parents Yolanda; a former model and George Rivera. She is the eldest of three children. Her brother; Mychal Rivera is an NFL tight end whereas her sister; Nickayla Rivera is a runway model.

As for her education, the actress attended Valencia High School. She then studied acting in the NewYork Film Academy. Aside, Rivera is of African-American, Puertorican, and German descent. She is of American nationality.

Rivera began her career as a child artist. She appeared in Kmart commercial as a baby. At the age of four, she appeared in The Royal Family for which she received a Young Artist Award nomination. Rivera then had roles in various series like Fresh Prince of Bel-Air, Family Matters, Baywatch, House Blend, CSI Miami.

Rivera’s big break came when she was cast as high school cheerleader in the series in Glee in 2009. The actress got to show her music as well as acting talent in the series. She was cast alongside Lea Michele, Amber Riley, Dianna Argon, Heather Morris. Rivera played a lesbian character and had several solos throughout the series.

Furthermore, Rivera released her debut single named “Sorry” featuring Big Sean on September 17, 2013. She was supposed to a solo album with Columbia Records but was later dropped. Rivera made her film debut with At The Devil’s Door. The actress also released a memoir titled Sorry Not Sorry: Dreams, Mistakes, and Growing Up in September 2016. Rivera is now set to appear in the YouTube Red series Step Up: High Water.

In regards to her personal life, Rivera is married to actor Ryan Dorsey. The two tied the knot on July 19, 2014. The two had dated for four years before splitting. After that, she dated Big Sean but later broke up.

Then, Rivera and Dorsey rekindled their relationship and got married after three months. The two share a son named Josey Hollis Dorsey whom they welcomed to the world on September 17, 2015. In her memoir, Rivera revealed that she had aborted Dorsey’s child back in 2010 as her career was taking off due to Glee.

Later in 2016, Rivera filed for a divorce. The two did not go through it and called off the separation in 2017. The things went downhill for them as Rivera allegedly hit Dorsey in the head and face during an argument over their child. She was arrested and charged for domestic battery in late November. Rivera then refiled for the divorce in December 2017.

Prior to this Rivera was in a relationship with recording artist Big Sean from 2013 to 2014. They announced their engagement in October 2013 but ended their relationship soon after due to Rivera’s fits of anger and jealousy and Sean’s cheating with Ariana Grande.

Naya Rivera has an estimated net worth of $5 million. She has been able to accumulate the high amount due to her thriving acting career. She reportedly earned $40,000 per episode for her role in Glee. After that, she has continued on her solo ventures with music and other acting stints.

Furthermore, the actress owns a house in Los Angeles which she bought for $2.6 million. The three-storeyed home features a pool and hot tub. Apart from that, the actress sold her Beverley Hills residence for $1.93 million. She was able to fetch almost half a million profit for that sale. Rivera also owns a Mercedes Benz G63 which has a market value of $255,311.

Rivera is currently going through a rough patch in her personal life. Hopefully, things will look up for the Glee star in coming days.